You've Got One Body, People... 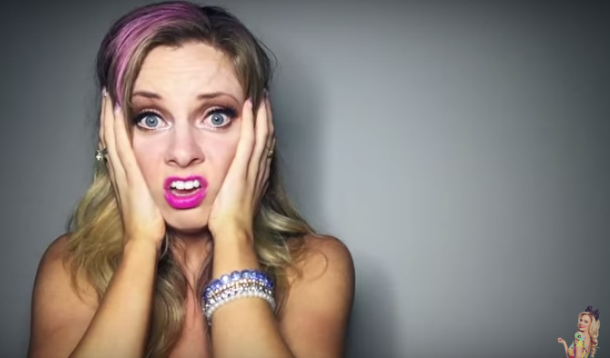 Ever heard of Nicole Arbour? Neither had I, yet the Canadian YouTube comedian is now a household name thanks to a video entitled "Dear Fat People."

In the explosive rant, Arbour claims fat shaming is not even a thing, and instead is the equivalent of "playing the race card, with no race." She says that although there are some exceptions, as a general rule obesity is not a disability, in her opinion.

She even likens obesity to assisted suicide.

Arbour clearly sees herself as a truth warrior, intent on telling obese people to lose weight so they can stay alive for their family and friends. She hopes her "bomb of truth" coaxes people into changing their unhealthy lifestyles.

However, she delivers her message in the most insensitive, callous fashion. She repeatedly ridicules and insults "fat people," calling them zombies, saying they permanently reek of sausages and have Crisco coming out of their pores like a "Play Doh fun factory."

Some have labelled her a bully, and demanded that Google (which owns YouTube) remove her channel because it contravenes their terms of usage.

And for a brief while, Google did just that.

But it was too good to last. After all, who can argue with more than a million page views?

Arbour is not one to be deterred. "You have to be really f*cking slow to be offended by satire," she said in response to the backlash. "If you can't handle the truth, it means you're a psychopath."

Sorry, Nicole, it doesn't. Bullying is not to be confused with satire.