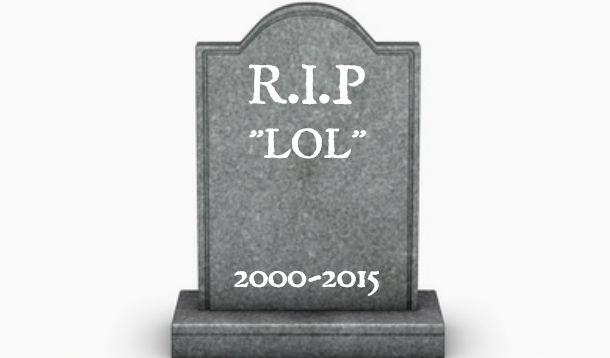 If you're still LOLing away on social media, it's time to get with the times. "Laugh Out Louders" are a dying breed it seems, with only 1.9 per cent of (mostly older) people still using the acronym on social media.

These days savvy Facebookers resort to either the "haha" or the "hehe." Then there are the loyal emoji fans...

Forgetting electoral races or race politics for a minute, Facebook had dug deep and released data breaking down how its users laugh - and not surprisingly there is a variance across age, gender and location.

If you want to look young and sick (that's young-speak for cool, apparently) opt for the "hehe" or the emoji. Women tended to use the emoji more than men, and it was especially popular in Chicago for some reason, where users also take exception to the "hehe" and use it less than those elsewhere. Make of that what you will.

The syllabic length of the "ha" or the "he" depends on the extent of the funny, with "more elaborate hilarity” earning the longer "haha" or "hehe" version.

Facebook has so much big, culturally significant data at its fingertips, yet it opts to study the way we laugh, which really makes me kinda :( and also :S

The LOL habit will die hard, I admit. And what pray tell will become of its edgier alternatives, LMAO and LMFAO?

While I tend to be a single "ha" devotee, I'm also partial to a smiley or winking emoji, though every time I use it I feel like I'm back in high school passing notes. Besides, who has time for a "hahaha" these days?