But there's a silver lining 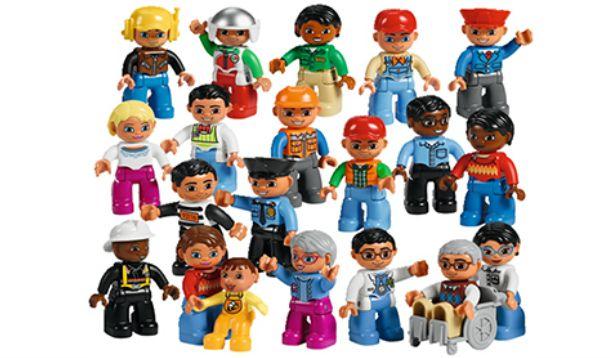 The good news: Lego finally included a figure with a disability in their latest product line.

The Duplo Community People Set would have been the perfect opportunity to represent someone in society with a disability. Any form of disability, really. We aren't that picky.

The bad: Lego offered up a person in a wheelchair - and he's an elderly man being pushed by a young figure. Cue slow clap.

While I don't have stats at my fingertips, I'm willing to wager that the vast majority of those in wheelchairs aren't elderly at all. Many aren't even adults.

Co-founder of the Toy Like Me campaign, Rebecca Atkinson, put it far more diplomatically than me.

“We applaud Lego for producing a wheelchair-using Duplo figure,” said Atkinson in a press release. "But it’s so disappointing that the only wheelchair-using figure across all Lego products is an elderly person being pushed along by a younger figure. What does this say to children about disability? That it only exists in the over 65?”

Mercifully, the beauty with Duplo and Lego products is that kids can be more open minded than the makers, and interchange the chair with other figures, both young and old, male and female.

After all, kids need to know that disability doesn't come in a single package.

So far, Toy Like Me's Change.org petition to the likes of Lego and Hasbro has racked up some 18,300 signatures.

Thanks for coming to bat, Lego. It may be too little, but it's never too late. You have no idea how big a difference a few small plastic blocks make in the grand scheme.

RELATED: Put An End To Stepping On Lego