"'cause a woman with a child always drives me wild" 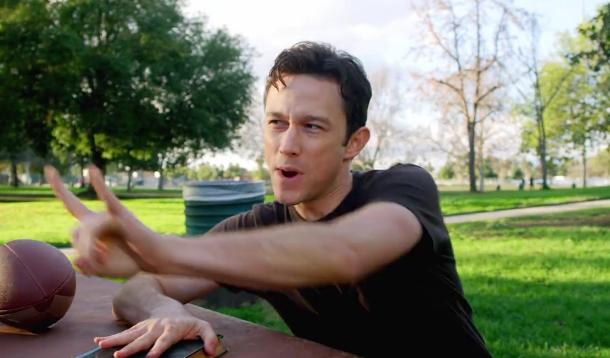 Joseph Gordon-Levitt's fan base just grew exponentially after the actor-musician released a parody video on his Facebook page prior to its airing on Hit Show on TV.

Made in collaboration with The Gregory Brothers, "Sexy Motha" celebrates the single MILFs out there, and it's basically the best thing since... the last thing JGL did.

Gordon-Levitt is a Hollywood darling, but you may not have known just how funny he could be.

In the video he channels Justin Timberlake via "Stacey's mom's got it going on" to relay an important message - namely that guys have evolved since the "caveman" days and should therefore think outside the box when it comes to what makes a woman attractive:

I like a girl who likes to eat organic, read Dr Seuss out loud
And if she's putting love into it when she's raising her child
I want to combine our two names right now.
... 'cause a woman with a child always drives me wild.

The video is hilarious, yet many people took its message to heart. Time and again single parents are written off as potential partners. Now moms have expressed their gratitude - and overt lust - to JGL for reminding the world of their sexual value.

Of course some people missed the joke entirely and took the song at face value:

"JGL is an outspoken feminist," explained William Hale in a comment. "This video was a hyperbolic commentary on changing out views on beauty and attractiveness. Not a literal endorsement of single mom fetishism."

As Juanita Camacho said in a comment, "It takes a true man to realize that a strong women [sic] makes man better."

On that note, I'll leave you to your fantasies: