Sesame Street Says Goodbye to "Fix It Maria" After 44 Years 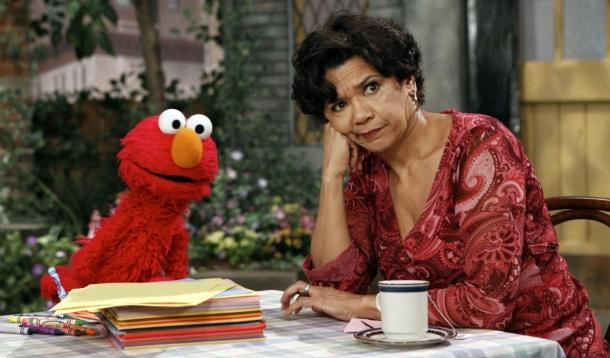 It's a a wistful day for Sesame Street fans as Sonia Manzano - aka "Maria" - who wrote and starred in the classic children's show for 44 years announced her retirement.

In a case of all good things coming to an end, Manzano, who joined the show in 1971, won a total of 15 Emmys for the scripts she wrote for the show.

Many of us grew up with Maria, learning about life and family as we followed her through the decades, through an onscreen marriage to Luis and throughout her own pregnancy.

The native New Yorker wasn't merely a role model to the Hispanic community (who hitherto weren't represented on kids TV), she was a feminist, always ready to fix something with her trusty tool box, confounding Oscar when she took a job at a construction company.

She loved dressing up and (her words) "making a fool of herself." But at heart she was part of a team that revolutionized children's television. Maria and the rest of the Sesame clan taught you more than just ABCs; she taught you how to be a good person - and how to fix a toaster, of course.

"Educating someone is not imparting your body of knowledge on them," Manzano said in an interview. "It's just showing them where to look. It's showing them a door and watching them go [through it]."

Thank you for the memories Maria!