Do You Know What Your Kids are Watching Online? 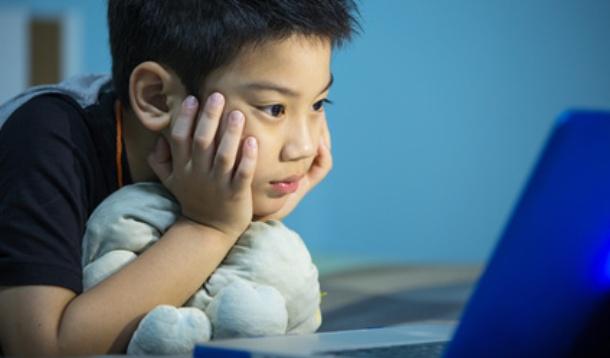 It's a weeknight and you hand over the iPad so you can whip up something quick for dinner. But do you know exactly what your child is watching?

I've been caught out before - and maybe you have too - by a strange voice on a YouTube clip, only to find it wasn't exactly suitable viewing for my six year-old. No, nothing explicit but suffice to say, it wasn't Disney either.

An 11-year-old in England was left traumatized after watching a video his friends at school said was "funny." Curiosity of course got the better of Lizi Patch's son.

“I had to deal with the fallout of my son stumbling across hardcore pornography online," said Patch. "He said he had been horrified watching a short video online but was unable to stop thinking about it. He told me he couldn’t 'unsee' it, and how he felt his childhood was effectively over."

From that point, he insisted on changing his own settings to make sure nothing so disturbing could get through.

The incident left Patch feeling remorseful enough to take action. She created the internet safety campaign, Protect Their Curiosity. "I'm supposed to be his mum, his protector. I resolved to do whatever I could to help prevent this happening to other people's children."

In the UK, research from non-profit Internet Matters found that just over half of parents haven't set any parental controls or passwords on their devices, and don’t actively monitor their child’s internet activity.

Stumbling onto something inappropriate online is just a finger-slip away. And even for the youngest users, it's surprisingly easy to do.

"Kids want to use the web in safety," said Carolyn Bunting, GM at Internet Matters. "They don’t want to be scared of what they might click on. A big step towards this lies with parents switching on every parental control available.”

Bunting urges parents to teach children about internet safety the way they would any other potentially risky activity, like swimming or crossing the road.

The internet can seem boundless, yet having so much content readily available is both a blessing and a curse. It's up to us to ensure that our kids see only what they deserve to see.