Could You Spot a Drowning Child? 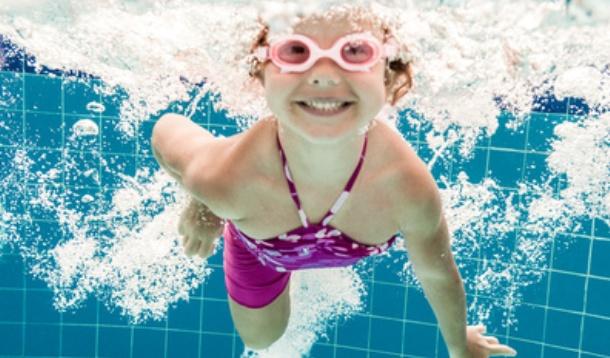 Not drowning, but waving for help... Can you spot the child who's in trouble in this image of a crowded wave pool? It's not easy. But luckily the lifeguard on duty did.

CCTV footage of a public pool in the UK caught the scary moment when a kid flipped off a rubber ring and began flailing in the water. No one appeared to take notice - except for a vigilant lifeguard, who sprang into action and swam over to the child within seconds.

The happy ending has been watched more than 300,000 times, and generated a ton of buzz on social media. Many commenters commended the guard, while sharing harrowing stories of their own close calls and near misses in the water.

Extra caution is needed with wave pools where even strong swimmers can find themselves in trouble if clipped by an unsuspecting wave.

I've only been in a wave pool once, on a school field trip, and the experience terrified me. Though I eventually managed to get to safety, those panicky seconds when I realized no one saw me choking and struggling to stay afloat stayed with me for years.

And unfortunately some lifeguards aren't nearly as reactive as the one in the video. We all have our stories, and my own involves my cousin.

We were swimming in in a busy public pool when my cousin went under. I was several feet away and didn't notice. Neither did the two lifeguards. But my aunt saw, and in a heartbeat dropped her knitting needles and made a most unexpected and dramatic splash: in a long skirt, with her sunglasses on... Her keys and other belongings scattered in the water.

This summer, even if your kids are practically growing fins and gills, please don't get complacent around water.

And remember, drowning can happen to anyone.

The Day My Son Almost Drowned