...but maybe for the Wrong Reasons 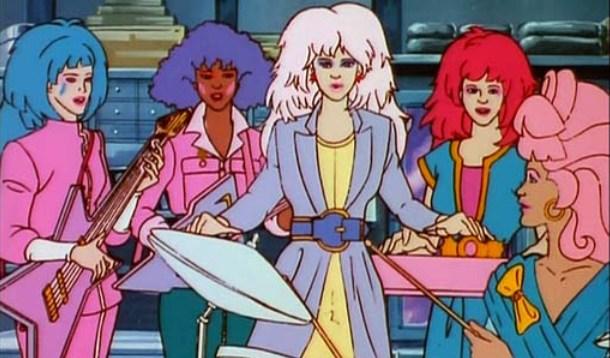 Nothing botches nostalgia quite like a remake of a childhood gem. In this case, the gem is Jem, the movie update of the hit animated series from the late '80s.

If the trailer is anything to go by, even casting Juliette Lewis and Molly Ringwald may not redeem the film in the eyes of past fan girls (and boys).

In case you were hiding under a rock or just didn't dig girls with big Bangles-esque hair, then allow me to fill you in: the cartoon revolved around Jerrica Benton, a music exec who led a double life fronting a glam all-girl rock band and who negotiated a tricky love triangle with a guy called Rio.

Distinctly absent from the movie are the nemesis band, The Misfits, and Jem's magical Hologram earrings, which enable her to switch identities between Jerrica and her alter-ego Jem in a pinch. In other words: the whole premise of the original show.

Instead, the new version focuses on fame in the age of Pop Idol. The cruel rise and fall of our young Biebers and Mileys. Yawn.

And even though many of us were a bit excitable at the prospect of reliving a childhood treasure through our own kids, the live action movie - at first glance, at least - looks set to disappoint.

The only outrageous thing about Jem the reprise is that it falls short of its potential. No cool Synergy effects. No bad ass chicks like Kimber, Roxy and Pizzazz commanding an original storyline. Or am I guilty of wearing pink-coloured glasses?

Have a peek for yourself:

Here are some things we DON'T miss from the '80s