The Secret Story Behind the Cabbage Patch Kids Craze

These Babies were Kid-napped 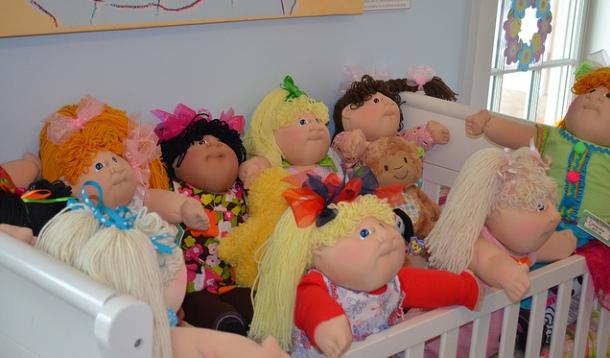 In every childhood, there is a craze over a certain hot toy that turns otherwise sane parents into aggressive, mouth-frothing maniacs. In the '80s it was the Cabbage Patch Kid; a soft, dimpled doll that captured every kid's heart because it was begging to be loved and even came with "adoption papers."

The real life story behind Cabbage Patch couldn't be further removed from warm or fuzzy. The real story reeks of sadness and greed.

The creator behind the Kids that sparked riots in department stores was by all accounts a guy named Xavier Roberts. The world saw a seemingly humble guy who claimed at the time to be “a good old southern boy with a good idea.” That good idea may have made him an obscene amount of money—except it was never his idea to begin with.

Lurking inside the Cabbage Patch is a dark truth borne of lies and theft. The story is finally being told in a short documentary by Vice that exposes Roberts and gives posthumous credit to the true creator of the Kids: a shy woman named Martha Nelson Thomas.

I won't spoil the entire story for you, but suffice to say at a craft show in the '70s Roberts stumbled upon Martha’s labor of love, known then as "Doll Babies," before he allegedly exploited her idea for his gain. Complete with the adoption papers.

It appears to be Kid-napping, essentially. Why she didn't sue him for every penny is hard to fathom, yet she just wasn't that kind of person.

So what if Nelson Thomas lacked Roberts' commerce acumen and wasn't comfortable having her "babies" mass produced? You don't go poach someone else's idea in a get-rich scheme.

I only wish Nelson Thomas had lived to see the truth win out. In 2013, she died of ovarian cancer, reportedly heartbroken at the Cabbage Patch saga.