Woman Raised by Two Moms Speaks Out Against Gay Parenting

"another mom could never have replaced the father I lost" 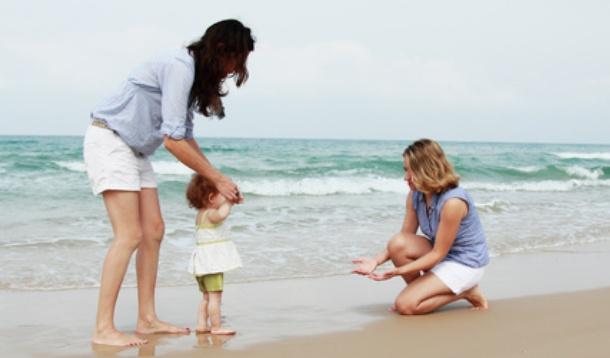 Critics have long speculated about long term effects of same-sex parenting on children. Well, that generation has come of age and is starting families of their own. A woman raised by two moms is openly lamenting her upbringing because she insists she missed out on having a father in her life.

Even though Heather Barwick was an advocate of same-sex relationships in her twenties, the 31 year-old mom-of-four from South Carolina has had second thoughts now that she is navigating her own traditional marriage without a compass.

When Barwick was around two or three years old, her mom left her father for another woman, and her dad eventually dropped out of her life.

Though Barwick admits that she enjoyed a tight-knit and liberal childhood, and shared a special bond with her mother's partner, it was no substitute for her father's presence.

"Same-sex marriage and parenting withholds either a mother or father from a child while telling him or her that it doesn't matter. That it's all the same. But it's not," wrote Barwick in a conservative paper, The Federalist. "A lot of us, a lot of your kids, are hurting. My father's absence created a huge hole in me, and I ached every day for a dad. I loved my mom's partner, but another mom could never have replaced the father I lost."

While I have no doubt that Barwick missed her dad, his absence is hardly cause to slam same-sex parenting.

Plenty of children grow up without fathers, due to separation, death, or desertion. (And yes, I speak from experience.) There is a definite void that casts a shadow throughout childhood which can linger into adulthood, palpable even when we start our own families. But that void can affect any dynamic, any household, be it heterosexual or homosexual.

By Barwick's own admission, her father wasn't a "great guy," so it seems to me that her wounds are personal, not political.

She is among six other adult children speaking out against same-sex parenting, in defense of Dolce & Gabbana's controversial statements.