Mom Confronts Boy Who Won't Accept "No" From Her Daughter

"No" is a closed door 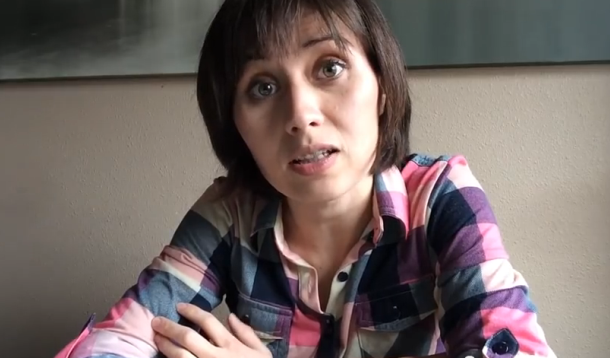 A disgruntled mom took to YouTube recently to spell out an important message to a 'Person Who Likes My Daughter.' While Dr. Lindsey Doe wasn't surprised that an unnamed boy took a shining to her 14 year-old daughter, she was thoroughly unimpressed by the way he went about showing it.

So Doe took it upon herself to explain the rules of consent after said boy repeatedly asked her daughter out and wouldn't take no for an answer. Doe doesn't blame the boy for his confusion.

RELATED: This Man Used Social Media To Find The Girl Who Got Away

After all, society feeds us messages that if at first we don't succeed, try, try, try again. And there's a whole trope dedicated to so-called "romances" in which the heroine isn't interested in the hero at first. But still he keeps at it. He doesn't give up on getting his girl—and ultimately, in the final reel, he wins. She capitulates, confessing that she feels the same way about him. Cue a dramatic kiss.

That, says Doe, is problematic. If a girl turns you down and you keep on asking and asking anyway, what you are doing—despite what the movies tell you—is not cool, not attractive or respectful.

Relentless attention is not flattering. It's called pestering at best, harassment at worst.

RELATED: This Is How Bad Street Harassment Has Gotten

No is simply a closed door, not an invitation to knock harder or longer.