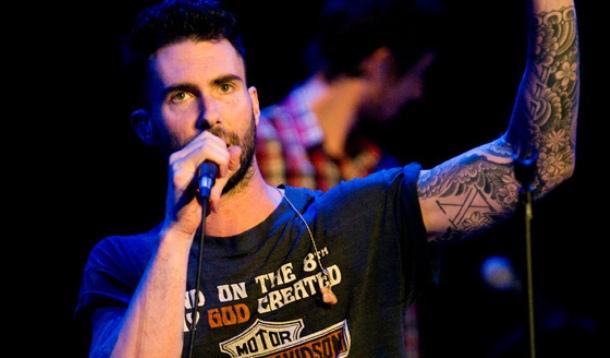 You may dislike the radio-friendly music of Maroon 5 (I do). You may even find his 'Sexist Man Alive' title contentious (I don't). No matter what you previously thought of rocker Adam Levine, prepare to re-evaluate and do a 180.

Christopher Warner's teachers had submitted a video clip (below) to Hot 99.5’s Kane Show showing how the boy lives and breathes Maroon 5. When the 10 year-old boy won a contest to see his favourite band live in Washington, D.C., little did he know he'd also get to go backstage to meet his idol IN REAL LIFE.

Why is Adam Levine the "Sexiest Man Alive"?

Of course Christopher isn't the only one—squee!—so overwhelmed at the prospect of standing next to the living breathing tattooed yummy. Many a women (and men) would inevitably turn into a hot gooey mess in a face-to-face encounter with the Idol host. So, as Christopher took to the floor in a panic attack, Levine and his band members did what came naturally—they joined the boy.

If you can't beat 'em, chill with 'em, seems to be Levine's motto as he takes five to hang and relax with the overawed kiddo.

As meet and greets go, it's a memorable one that bumps Levine up in the ranks of coolness, much in the way in the way Michael Bublé did with this young fan.

What Levine did in this situation, with this young boy, won me over more than any bad pop song ever could.