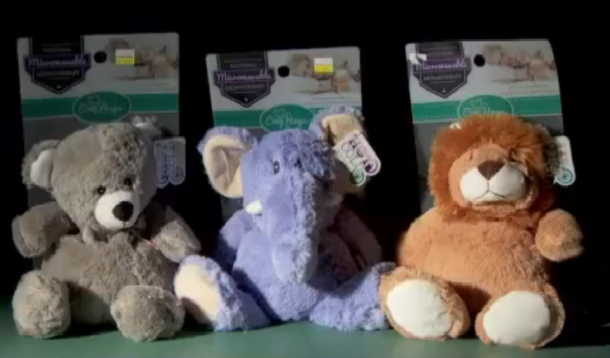 It's the stuff of nightmares, and it could be living inside your child's prized stuffie collection. An Oregon mom who made a horrifying discovery about her daughter's Cozy Hugs microwavable stuffed animal now wants to alert others.

When Kamren Weiler saw a little tear along the seam of her three year-old daughter Kinley's favourite cuddle toy, she couldn't believe what she saw: bugs - hundreds of them. She opened up the doll to find an infestation of still-squirming critters inside.

The aromatherapy stuffies, filled with wheat and lavender, are designed to be warmed in the microwave to soothe children. Indeed, Kinley loved the doll and even took it to bed with her. A fact that now gives her mom the heebie jeebies.

How to Organize Stuffed Animals

Aside from the initial gross-out, Weiler became concerned that the bugs could have spread. "...I tore my daughter's whole room apart," she said. "Where could those bugs have gone. In her shirt, in her clothes?"

The answer is: potentially yes, and yes. After all, kids aren't the only ones who love Cozy Hugs. Grain weevils are attracted to the wheat stuffing.

Turns out, Cozy Hugs has long been fielding complaints over bug infestation that in some cases had spread to beds and closets.

Apparently not all microwavable, grain-filled items on the market are created equally. Another manufacturer, Cozy Plush, claims it takes care to treat and screen its products before shipping.

Weevils are actually little beetles, and are pretty harmless unless you count damage to food items. Pest control is recommended.

Now if you'll excuse me, I'm off to torch a few innocent plush animals...