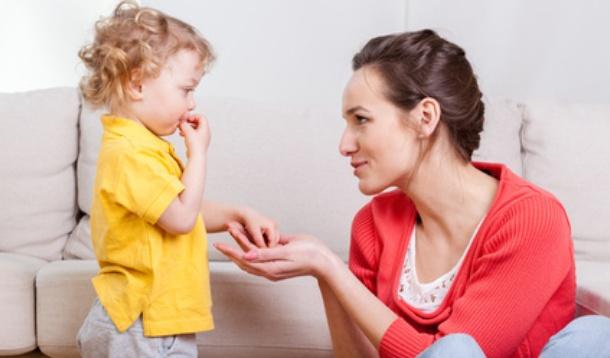 Babies foods are carefully regulated for things like excess sugar and salt. So it's probably safe to assume the same stringent rules apply to toddler foods and snacks, right? Dead wrong.

According to the U.S. Centers for Disease Control and Prevention, the vast majority of these products are far from healthy, sometimes containing as much salt and sugar as that of adult foods!

This Is Your Role In the Parent/Toddler Feeding Relationship

Tested of more than 1,000 infant and toddler "dinners, snacks, fruits, vegetables, dry cereals, juices and desserts" revealed that a staggering 72 per cent of dinners contained more than 210 milligrams of sodium per serving, while 32 per cent of snacks contained at least one added form of sugar.

Experts are concerned that taste preferences start early, and such sweet and salt-laden foods can set the stage for future unhealthy eating habits and evolve into adult conditions like heart disease and strokes.

Apparently it didn't matter whether the product came from a major brand or whether it was marketed as organic. Some of the toddler snacks had salt levels to rival salted potato chips. Pasta products were similarly high in sodium. Scary, isn't it?

Parents are advised to cook and cut up their own pasta, and serve it with homemade sauce. Juices are also best avoided in favour of whole fruits.

5 Kid-Friendly Ways To Include Veggies In Family Meals

For the time-pressed (by which I mean everyone), cook big batches then freeze small portions. The freezer is your friend.

When in doubt, our resident nutritionist has plenty of easy healthy snack options for toddlers that won't make you tear out your hair.

You tell me: What's your go-to snack/meal for your toddler?