Will Similac Formula Ad Mark the End of Mommy Wars?

Embrace the Sister (and brother) Hood 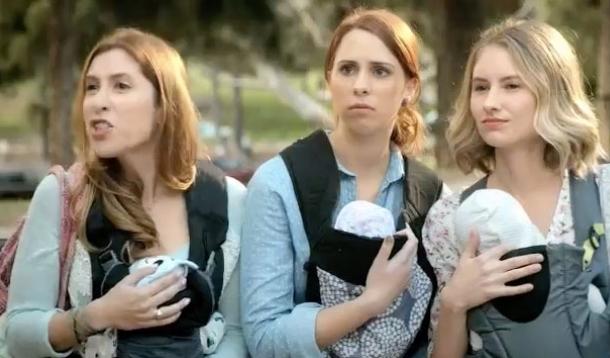 Who better to tackle the parenting rivalries than Similac, an infant formula company that often finds itself caught in the crossfire of the Mommy Wars?

The latest ad is a brilliant parody of modern parenting cliques, which are admittedly a throwback to high school subcultures. (Yes, depressingly, once we have kids of our own, we merely graduate from one playground battle to another. All the jocks and goths and nerds have been replaced with crunchies, working moms, same-sex parents, stay-at-home dads, and breastfeeders, and so on...)

A very poignant reminder lies at the heart of the ad. And I won't spoil it for you, if you haven't already seen it. Suffice to say, if we can put aside our sanctimony and particular biases for a moment, it's plain to see that we have a shared goal: doing the best we can to raise the next generation of human beings.

Because we are so much better when we don't cast judgment. Parenting is hard enough without feeling the heat from other parents, or feeling guilty for the informed choices we make.

I certainly hope Similac's biggest critics (breastfeeding advocates) can take this message at face value. After all, it's not about the hard sell of a product.

But don't take it from me, here's what Similac had to say about its ad:

"We believe it's time to embrace mothers who choose to embrace motherhood. Time to put down the fingers and the subtle suggestions. Because no two of us are the same, but we're all in this together. The sisterhood has only one rule. Nourish each other the same way we nourish our children. And, just like the sister who's got your back, we're there to help you get through the first few days and months of motherhood with confidence—and zero judgment. The way it should be."

In the first few days of its release, the ad has been viewed nearly 4 million times, so someone out there must be listening. No matter what you think of Similac, or infant formula in general, the message is worth hearing.