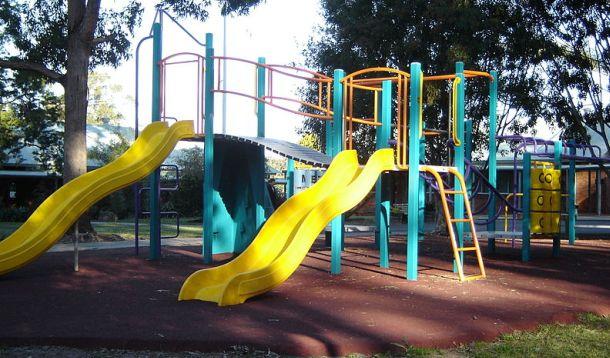 Kids go to the park every day. But it's not everyday the cops come calling because kids are spotted there, but that's exactly what happened to the Meitiv family recently.

"We're amazed this has become a national conversation because we're just doing what our parents did or [what] was considered perfectly normal just one generation ago,'' said Danielle Meitiv, who was investigated on two occasions by Child Protective Services (CPS) in Maryland after allowing her children, aged 6 and 10, to walk to and from school and the local playground alone.

Meitiv claims the only thing that's changed between when she freely explored the streets of New York as a child is our collective fear. And to some extent, I would agree.

If the treatment this family received—six police cars at their home and CPS interviewing the children at school without their parents' knowledge or consent—seems over the top, it most certainly is. But it's also standard protocol for incidents of suspected child neglect.

Though there is currently no state rule that addresses outdoor supervision, children under eight need to be accompanied with someone 13 or older while “confined in a dwelling, building, enclosure, or motor vehicle.”

So just because you don't agree with a law doesn't give you carte blanche to break the law. By all means rally, to the best of your ability, to change legislation you disagree with. An overwhelming number of parents feel that kids need more freedom than they are given.

This Mom Is Proud To Be A Helicopter Parent

Maybe it's time for clearly defined laws regarding unsupervised children so we can avoid this kind of knee-jerk reaction that does nothing but scare children and incense responsible parents like the Meitivs.

How would I react, coming across children of that age wandering around the neighbourhood by themselves? If I'm honest, I'd probably be somewhat concerned, too. Concerned that most 10 year-olds may not be fully equipped to supervise or care for a six year-old. I must not be alone, otherwise no one would be making these calls to police.