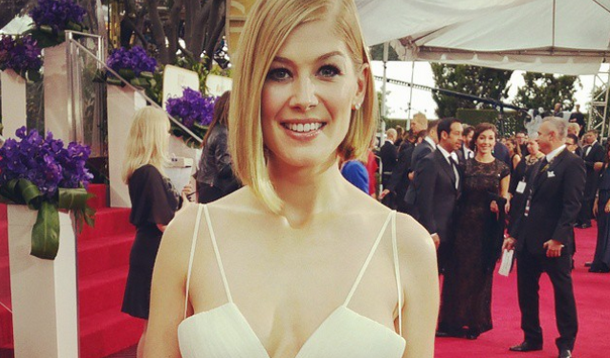 You could be mistaken for thinking that the most noteworthy thing about last night's Golden Globes was a dress. Awards? Movies? Pah! All played second fiddle to which swathe of fabric the leading ladies happen to be wearing. And none more so than that of actor Rosamund Pike, whose dress overshadowed the role she played in Gone Girl.

Twitter went berserk, with users unanimously applauding Pike for being "brave." Her white dress (Vera Wang, for those who care) was low slung and exposed some side tummy. Brave, really?

"Rosamund Pike hair situation: excellent and making me want to part my hair on the side. Dress is very brave 5 weeks post-baby—bravo" ~@evachen212

What's brave is the fact that someone who has just given birth five weeks ago would dare to even attend an award show and set heeled-foot on the red carpet, knowing full well every mole and every laugh line would be deconstructed by the masses for days to come. 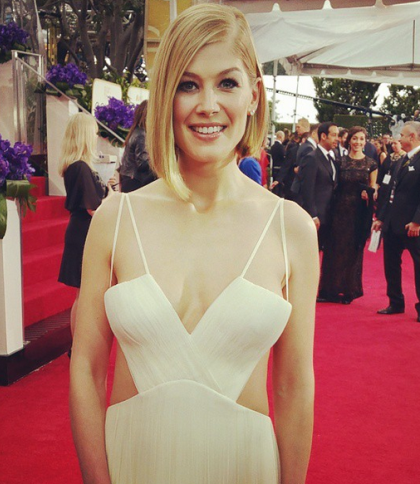 And I dare say Pike would have received the same "star treatment" even if she'd worn a paper bag or a swan costume (where is Bjork when you need her?).

Pike's dress may not be to my taste, but wearing it doesn't make her brave.

She's brave simply for attending an award show wearing the body of a woman who has just birthed a baby. That, in Hollywood, is a taboo and truly daring feat.