Can you belt it out better than Bono? 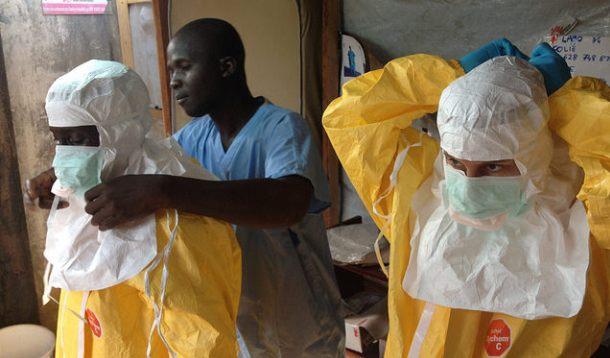 He did it 30 years ago. Can he do it again? One thing is for sure: Sir Bob Geldof won't rest until Africa is healed. The founder of Band Aid has rounded up a new crew of Britain's musical elite for a reincarnation of "Do They Know it's Christmas" and accompanying charity challenge.

Though the melody has stayed the same, the lyrics have changed to reflect a new modus operandi: raise funds and awareness to fight the Ebola Virus ravaging West Africa.'

At 63, the former front man of The Boomtown Rats is rallying together his many celebrity connections to raise money, Ice Bucket-style. Sir Bob has thrown down the gauntlet to famous actor buddies, Damien Lewis, Dominic West, and Richard E. Grant. They have 24 hours to film themselves singing Bono's line (new version), "Tonight I'm reaching out and touching you" or fork over a £100 'fine.' The rest of us are urged to do the same.

Geldof can only pray that the new Band Aid single and the accompanying singing challenge will rouse the masses the way they did 30 years ago. And if anyone can do that, it's Sir Bob.

"It's harrowing, it's not meant for an entertainment show, but we thought you ought to see it," said Geldof of opening footage showing an Ebola victim being "carried out of a house by people in masks and protective suits."

Original member of the record-breaking charity single - Bono - is there, along with some new blood: Coldplay's Chris Martin, One Direction, Seal, and Bastille, et al.

"No peace and joy this Christmas in West Africa - the only hope they'll have is being alive," go the new lyrics. "Where to comfort is to fear, where to touch is to be scared ... How can they know it's Christmas time at all."

Buy the single on iTunes. To find out more about the cause and make a donation, visit Band Aid 30.