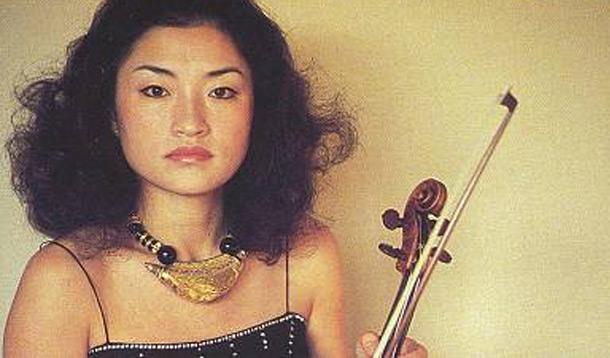 Recently, one of the world's most renowned violinists played again after a five-year hiatus. In classical circles, the performance was kind of a big deal. So when a young child kept coughing, Kyung Wha Chung had to speak up.

Bear in mind it was the first time Chung played in Britain in 12 years. So you can imagine enthusiasts were miffed by the continual coughing that overlapped her performance. Eventually the virtuoso herself - who had paused and waited for the coughing to subside only for it to resume - snapped. She interrupted Mozart’s Sonata in G to suggest to the girl's parents that they should “maybe bring her back when she’s older.”

By all accounts the girl wasn't the only one coughing, yet hers was “quite loud and seemed quite aggressive.”

If it seems cruel of Chung to pick on and single out the child, put yourself in her musical giant shoes for a moment. Here she is, feeling the weight of the comeback pressure in her fingertips. How can she concentrate with all that yakety-yaking going on? If her performance suffers, the critics won't take into account the disturbance.

"We don’t discourage parents or caregivers who wish to bring young people to an evening event and we do where possible check that they are aware of the nature of the event,” said a venue spokesperson, in terms far more diplomatic than I would use.

The fact is, people pay a ridiculous premium for concert seats. They don't want to miss out, even when they are genuinely sick and should be at home sipping a soothing beverage. Yet how is it fair to disturb others, who've equally paid a premium to be there?
I'm thinking specifically of a recent gig I attended where the middle-aged guy behind me sang—nay, shouted—the lyrics at the top of his lungs, effectively drowning out the actual singer. I get it, bud, you're a FAN. But I didn't pay to hear you...

You want to sing? Do it in the shower. Got a cold and need to cough up a lung? Do everyone a favour and do it snuggled up under your bed covers.

If your kid has a throat frog, take them out into the lobby, give them some water and wait for it to pass. If your kid is "aggressively" coughing, the answer is really quite simple: take them home or wait it out until heading to a concert.
Category:
Life - In The News
Tags:
mummy buzz
Kyung Wha Chung
chung
violinist
classical music
performance
concert
children at concerts
violinist stops concert for coughing child