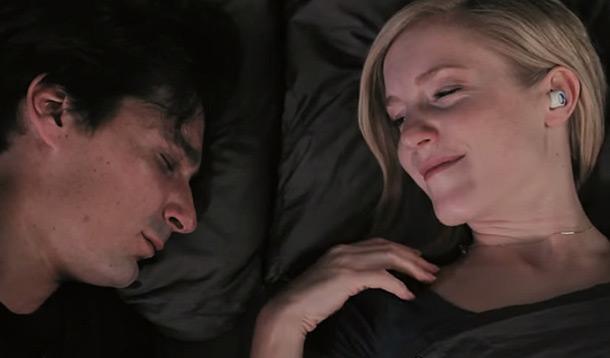 Today in senseless tech comes an exciting new product called Hush. These fancy earbuds manage to shut out all that extraneous noise keeping you up at night, except of course for those vital smartphone alerts. Because, really, who wants to miss a friend's drunk 3 a.m. text?

Hush - the brainchild of three U of California engineering students - guarantees you'll never miss a thing. The wearables, which are totally compatible with smartphones via both iOS and Android apps, are fashioned with sound-eliminating foam to shut out outside noise "without cutting you off from your customized digital alerts." God forbid you were truly cut off, even for a nanosecond.

Sleep Tips for When You're Too Tired to Sleep

"Hush is a sleep wearable that directly attacks the heart of the problem of noise, perhaps the most significant deterrent to sleep," said Daniel Lee, one of the creators, without the faintest trace of irony.

At the risk of coming off all curmudgeonly around the holidays, products like Hush bring out the Grinch in me. What we need are un-hearing aids. Because the world is way too noisy. And adding yet another gadget is part of that pollution, not part of the solution.

We need to put the computers, and all their dancing blue disco lights, to bed at night. We need to mute the sound—yes, all the sound. Even that insistent little bleep reminding you there's a new version of Angry Birds ready for install...

Get Your Baby to Sleep Through the Night

But clearly I'm in the minority in dissing this so-called 'smart' technology because the Kickstarter campaign has already raised three times more than its goal of $100,000 with weeks left to go.

Early backers can snag Hush for $115 in May 2015, and everyone else can get it for $149 from June onwards. Of course, you could always just pop into the local drug store and bag a pair of earplugs for a couple of bucks and enjoy a deep, uninterrupted sleep. But that wouldn't be half as cool.