looking for community in all the wrong places 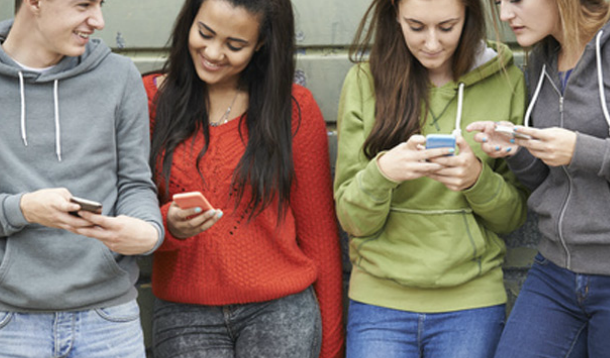 Teenagers aren't that much different than they were in the days of Bueller and the Breakfast Club. Being popular is still paramount, but how some teens go about making that happen has changed dramatically. And as parents, we ought to be concerned; very concerned.

A Centennial College study into “selfie culture” has uncovered the lengths to which some adolescents are willing to go to win friends—real and virtual. All it takes is a suggestive tweet, a provocative photo or video, and teens can become “#Instafamers.”

But at what cost? Kids see celebrities like Miley Cyrus and Kim Kardashian peeling off their clothes and all the ensuing fanfare, and they decide they want that kind of attention, too. (Case in point: Kardashian's partially naked magazine cover won over 700,000 likes almost immediately.)

Do exes belong in your social media circle?

“We have a culture that conflates celebrity kinds of attention with being important and being heard,” said Aimée Morrison, an associate professor of English and new media at the University of Waterloo.

After studying the social media platforms Twitter, Instagram, and Vine looking at the demographic of North American kids between the ages of 13 and 18, researchers noticed some serious oversharing going on. Add monetizing to the equation, and some teens are pushing the envelope, exposing more and more of themselves in return for ad payments or freebies. Without the right role models, kids risk being seduced by that kind of popularity.

“A lot of them were really concerned that kids are looking in all the wrong places for community and for friendship,” said Debbie Gordon, director of Centennial's Kids Research Centre.

Why social media makes we want to be Amish

There's the hope that virtual popularity will translate into popularity at school. But not all attention is positive, and by revealing too much of themselves and their personal lives online, some teens find themselves being vulnerable to bullies.

Researchers urge parents to get in the know about all the platforms their kids are using, as well as how they're using them.

“We’re not saying that these tools and platforms are evil or dangerous—they’re not,” Gordon said. “We just want kids to be thinking about… what kind of messages they’re saying.”

Should you follow your kids on social media? Here's what our editor has to say.
This guy is putting the 'face' back in Facebook, and it's awesome.
Category:
Family - Teens
Tags:
mummy buzz
#instafamer
social media
teens social media
Oversharing
online safety
vine
instagram
twitter
popularity
sharing online
cyberbullying