Do You Have "Fatal Candy" In Your Home? 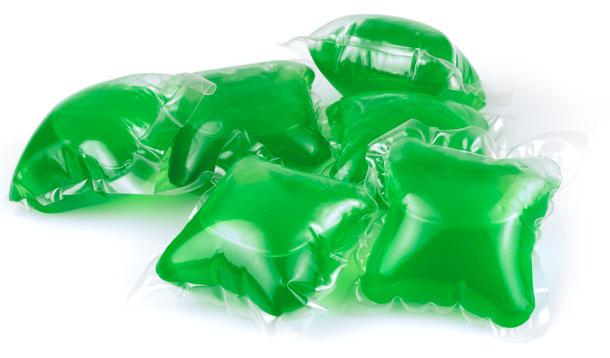 Those little detergent pods are handy, aren't they? But they're dangerous, too. A new report in Pediatrics reveals just how many children were hospitalized as a result of coming into contact with the convenient laundry product.

After their release in the US in 2012 and 2013, the single-use "pods" resulted in more than 700 incidents - an average of one child per day to need hospital treatment. Poison control centre calls rocketed, and with 17,000 incidents with kids under six years-old affected, which translates into approximately one call per hour. The numbers are scary: 144 eye injuries, 30 comas, and 12 seizures. All of them avoidable.

Although figures for 2014 haven't yet been released, the dangers are still real and very present. Children under two years-old who are toddling around are particularly at risk because they're able to access the pods which look enticing, "like candy or juice."

Pod packaging now features warning labels, yet such action is moot if parents and caregivers fail to restrict access to children. Smith suggests that parents with children under four years-old take no chances and buy only "traditional laundry detergent."

I admit, though my son is six, our dishwasher pods are stored under the sink in a cabinet that isn't locked. Because he's older, I assume he knows better. But it's a foolish risk to take and one which can be prevented with only a child lock.

You tell me: Should manufacturers do more to make the packaging child-resistant, or is the onus on parents to keep their children safe?

Are your cleaning products truly 'green'?