Can't you take a compliment, b*tch? 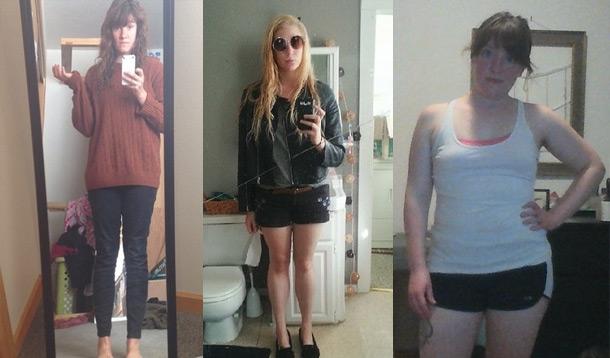 In an interesting post-script to this viral video about street harassment, Kati Heng set up a Tumblr page where women reveal what was said and what they wore when they were catcalled. The results of the mini-social experiment are fascinating.

"But What Was She Wearing: Stop the Cat Call" bluntly leaves the said assumption dead in the water, as it shows how women face abuse for wearing loose tops, a medical smock, and - my personal favourite - a formless pioneer-style dress.

"[While] wearing a shorts and a baggy flannel, walking with my boyfriend, some dude yelled out his car to my boyfriend, ‘Hey, I want to f*** your girlfriend!’" recalls Heng. "That one was really upsetting because I wasn’t even the object of harassment any more; I was just an object for men to compete over.”

Since Heng began sharing women's stories, she has been met with disbelief. Yet the unlikely outfits keep on coming. The incidents of harassment happen in every locale - from the grocery store to the medical lab - and in towns and cities of every size.

On a personal level, I was dismayed that some female readers failed to spot the harassment in this video. To my mind, this just proves how immune and complacent we have become to catcalls.

“Didn’t your goddamn mother teach you any manners?" a man shouted out to Heng. "A man compliments you, you owe him a thank you! Why can’t you take a compliment? Why do you have to be such a goddamn b****? I was being nice to you!”

If this is "being nice," then I'd hate to see the converse.

Convinced that harassment transcends age and ethnicity, Heng is appealing for women of various backgrounds to share their stories and photos at [email protected].

Pregnant Woman Told By Gym To Cover Up Or Leave