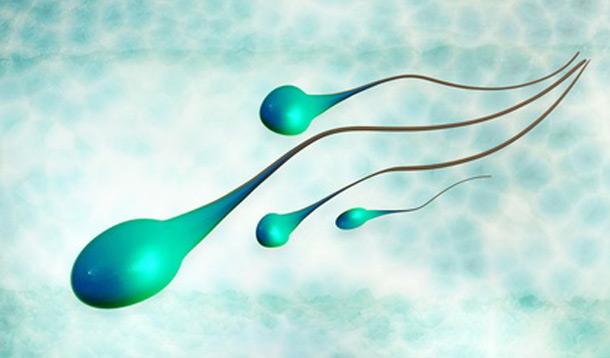 No wonder Working Title (the film company behind Bridget Jones and Love, Actually) has gobbled up this amazing love story as a potential project- it has all the makings of the perfect romcom and modern-day fairy tale: Single woman has baby via sperm donor, then tracks him down, introduces their daughter, and the pair fall in love the old fashioned way— except in reverse, as it were.

As far as scripts go, it's improbable and cringe-worthy, and yet that's exactly what happened to Australian Aminah Hart, who lost two baby boys to a rare genetic disorder. Following much deliberation - at 42 and single - Hart embarked on another pregnancy using a sperm donor in order to mitigate the hereditary risk. On paper, donor Scott Andersen fit the bill: easygoing, hard-working, and healthy as an ox.

After blonde-haired, blue-eyed daughter Leila was born, curiosity compelled Hart to track down the stranger that was her father. At the time she hadn't even seen a photo of the donor and had only received vital stats that amounted to what Hart says was "less than a LinkedIn page."

"My head wasn't even in that space, I was sort of seeing someone at that time… it was all about Leila so the main thing for me was hoping we could create a good rapport," said Hart of their initial meetings.
"[Eventually] I thought, 'Oh he's actually quite gorgeous,' said Hart. "I was confused about it and I remember saying to a girlfriend, 'I think I've got a bit of a crush on Leila's dad."

One thing led to another, and a Christmas spent together sealed the deal and the couple fell in love. Hart reassured Andersen that she would not jeopardize his relationship with Leila, even though he had no legal rights over her.

Ten months on, the pair is engaged. Instead of a happy ending, Hart calls their relationship a happy beginning.
You tell me: What's the most unlikely romance you've ever come across?
If you're name is Elizabeth Gallagher, you just might be the one...
Category:
Life - Relationships
Tags:
mummy buzz
modern family
modern romance
sperm donor
genetic disorder
love story
rom com
working title
YMC Related