Must be sane, smart and (hopefully) interesting 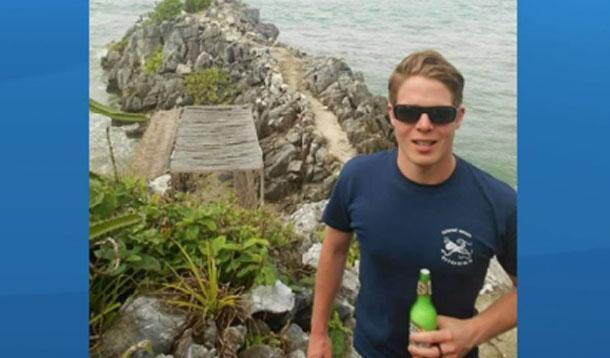 Is Your Name Elizabeth Gallagher? You'll wish it was, after reading this post. A man who split up with his girlfriend after purchasing around-the-world flights as an early Christmas present has a spare ticket up for grabs. The only snag: you have to hold a Canadian passport and your name has to be Elizabeth Gallagher.

Because airlines make it so incredibly difficult to alter names on flight bookings, Jordan Axani figured it was easier to find someone with the same name as his ex than to waste the ticket or to bother fighting with three airlines. So he posted his "no strings attached" offer on Reddit.

"My hope in the whole thing is to find somebody who maybe wasn’t able to travel to far-off places, or hasn’t had the opportunity yet, who can put it to good use," said Axani. "It’s a ticket around the world and if it goes to waste it would be a shame."

So if you are considering a name change, now would be a good time. The once-of-a-lifetime trip could see you taking five separate flights from late December to early January, with pitstops in Milan, Paris, Bangkok and New Dehli.

Axani apparently got a deal through Priceline, and claims that the female traveller is welcome to accompany him or go solo—her call. Of course he could settle all this and let his ex buy the ticket and go her own way...

“Life has a really interesting way of throwing curve balls sometimes, and what might otherwise be a crappy situation—wasting a ticket, travelling alone—sure it will be great to see the world but it would be a sadder story," said Axani. "If someone can use the ticket then this has the ability to turn into something really positive.”

Mr. Axani, I like your spontaneous, free style. If I wasn't otherwise happily married with a shitload of responsibilities, I would take you up on the offer. I had even looked into purchasing such a ticket in my twenties, but life got in the way.

Though the offer may sound a bit wacky, what's wackier still is the fact that "bureaucratic brick walls" make it next to impossible, or at the very least insanely expensive, to alter flights. And don't dare make a typo on an online booking. Many airlines simply have a "zero-tolerance policy" when it comes to transferring or altering names.

“There is really nothing that can be done. It is incredible that in 2014 some of these airlines are so archaic,” said Axani. “It is really crazy to me that no modification, even with just cause, would be allowed.”

You tell me: If you could fly anywhere in the world tomorrow, where would you go and why?

Family flight tips on the fly.