Mom Pulls Girl Out Of School Over Haircut Bullying

when a selfless gesture turns ugly 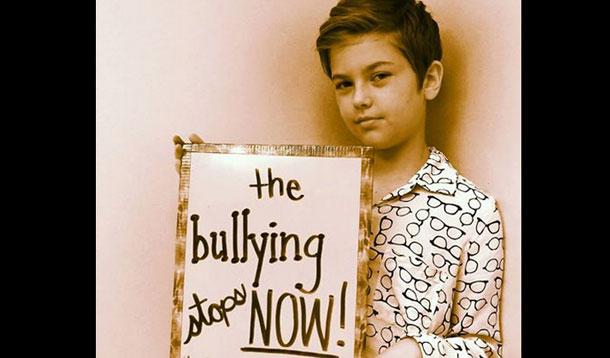 Snips swiftly turned to snipes for a 10-year-old Ohio girl who was teased for having short hair. In honour of a friend who died of leukemia, Jetta Fosberg donated 14 inches of her hair to Wigs for Kids. But a selfless gesture turned ugly after Jetta was targeted and bullied at school for her new look.

Kids taunted her for "wanting to be a boy," but when her mother confronted the school, the principal wasn't exactly supportive, claiming "he didn't know of any child that had ever died from words," and that both Jetta and her mother "needed to toughen up and deal with it."

Ouch. Fosberg created "Stand With Jetta," a page to rally support for Jetta in light of the school's apathy. Facebookers—all 21,000 of them—didn't disappoint.

"Knowing that there's people who think that my haircut's cute, and that they think that I'm a good person, it kind of helps me fight against [the bullies]," Jetta said.

No doubt the principal's comments were insensitive and callous. Growing up, I was called worse than "ugly" and a "boy," and it sucked. But like many people in my generation, I was fed the line about "sticks and stones" and encouraged to be stoic in the face of name calling. I'm not sure whether this kind of stoicism still exists, or should exist, in the age of zero tolerance...

On a side note, a friend's young daughter had a fight with the scissors one day and wound up sporting a very funky short haircut to school. Fortunately for her, the girls in the class all wanted to emulate the new fashion!

You tell me: What would you do if this was your child?

This teen found an incredibly positive way to silence her bullies.