Pavlok Wristband Designed To Shock The Bad Habit Out Of You

Better than a Slap in the face 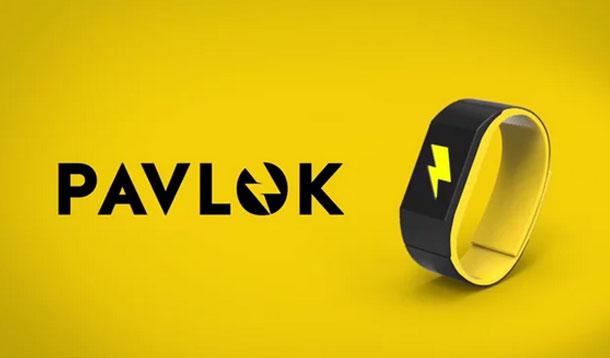 Once upon a time some guy named Pavlov trained his dog to drool on cue. Well, a new form of behavioural conditioning has been created and basically operates on the same principal. Pavlok's remit is to help you break bad or, conversely, form good habits.

Initially the source of a crowd-funding scheme on IndieGoGo, Pavlok is a simple wristband pioneered by Maneesh Sethi that can shock the habit out of—or into—you. And no, I don't mean that figuratively. (Legend has it, Stanford alumni Sethi got the idea for the prototype after hiring a girl to slap him every time he used Facebook. Needless to say, his productivity skyrocketed.)

In the case of Pavlok, which has already raised more than double the $50,000 capital needed to run its campaign, uses "any means possible" to help you achieve your dream and become the person you dreamed you could become.

Examples of personal shock therapy include: when you text your ex-lover, when you step into a McDonald's, or alternatively, as a reminder to take medicine or step away from the computer at intervals. The testimonial below shows a woman aiming to paint for 30 minutes a day, and I must say her progress makes a pretty convincing case for Pavlok.

The question is: how does the science mesh with the technology in real terms? The API is in place and can be integrated to various apps and used with Bluetooth and GPS to track location (say, you've been a good boy and visited the gym).

The Pavlok delivers the equivalent of a static shock, just enough to jolt you out into starting or stopping a set behaviour. The pain-averse can select a beep, vibration or even a fine as a "penalty" from deviating from the goal.

In short, Pavlok claims to offer customers accountability, because research claims an annoying habit can be cracked in just 30 days, where "some stubbornly ingrained habits can take up to 66 days." Not sure if good habits adhere to the same timeframe...

Though I'm wondering what kind of army of nano-spies would detect when I'm biting my nails, part of me is just so damn game to be done with this disgusting practice that I'd probably be willing to give any crackpot idea a whirl, if it was sustainable.

The rational part of me, however, knows full well that I could kick the habit if I put my mind to it once and for all, just as I could readily discount any of Pavlok's signals, if I so chose. Then again, it's better than a slap in the face.

Spill it: What habit would you make/break? Would you consider using a device like Pavlok?
This IndieGoGo project could revolutionize the lives of those with allergies, but is it a scam?
Category:
Life - Tech
Tags:
mummy buzz
pavlok
wristband
willpower
Maneesh Sethi
accountability
bad habit
good habit
pavlov
conditioning
gadget
wellness gadget
Indiegogo
crowdfunding