thinking outside the 'book' 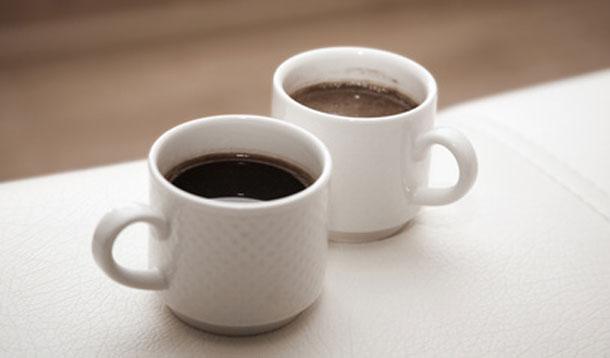 Ah, good old Facebook. In the early days, wasn't it terrific fun catching up with forgotten high school chums and snooping on ex-flames? But then the amassing blindly carried on, and before you knew it your friends list grew to include seldom-seen second cousins and former colleagues from the company you worked for Once Upon a Coffee Time. And if you were like this guy Matt Kulesza, you had collected oodles of social network 'friends'—too many to ever keep track of.

Earlier this month, Kulesza started a Tumblr project called "1000+ COFFEES" in which he plans put the actual "face" back in Facebook. Or in his words, "To have a one-on-one coffee with every single one of my 1000+ Facebook 'friends' over the space of the next three years, or as long as it takes to complete."

Ambitious is as ambitious does. Instead of simply 'spring cleaning' his friends list, Kulesza is doing something much more inspired and remarkable—he's attempting to, if not rekindle, at least check in to relationships that clearly at one point warranted a friend request. He's meeting up with people IRL.

If the idea of the exercise makes you cringe or panic, then perhaps, like so many of us, you have friended recklessly in the past. It's such a beautifully simple concept, yet it also feels vaguely outlandish. Kulesza simply hooks up with a 'friend,' provides a snapshot of how the two know each other, how many mutual friends they have on FB, what they chatted about, and—the coffee lover in me is tickled by this detail—recounts what each person drank.

More and more the novelty of social media is wearing thin and people are hankering for what's probably now considered old-fashioned communication, e.g. picking up a phone to hear a human voice over texting, meeting up in person over same-time chatting.

When apps like Cuddlr come on the market, it just proves the extent of our social disconnect and people, frankly, we need each other. We need human contact no matter how fraught our lives sometimes get.

Reading this, it struck me that bar my mother and husband, there is only one other person I routinely talk to on the phone. Every couple of months a friend of mine who lives in another city will schedule a time to have an actual phone conversation.

And you know what? It's delightful and refreshing, and every time we conclude one of our marathon chats I get to wishing I could do that with other close friends. Because, no matter convenient, texting and emailing and messaging of any kind just doesn't. cut. it.

You tell me: are you inspired by 1000+ Coffees? How do you connect in real life?
Your Facebook habit *may* be putting your child's safety at risk.
Category:
Life - Tech
Tags:
mummy buzz
facebook friends
1000+ coffees
1000 plus coffees
tumblr
Matt Kulesza
connecting
IRL
friendship
inspiration