Can Lena Dunham's 'Not That Kind Of Girl' Live Up To Hype? 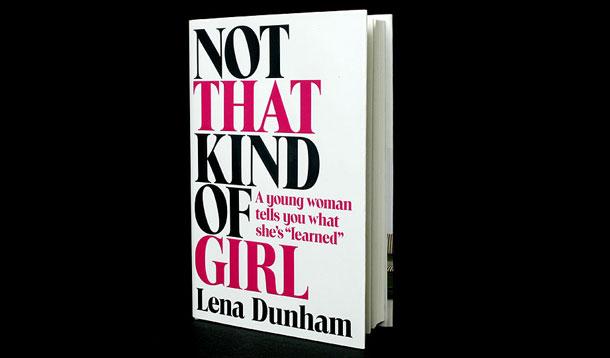 I'm going to go out on a limb here and admit that I like Lena Dunham. It may not be the popular opinion in the media, but someone out there must love her or else there wouldn't be such a mad sell-out circus surrounding her current book tour. Yet even I'm questioning whether Not That Kind of Girl: A Young Woman Tells You What She’s Learned will actually tell me anything I don't already know about life or, indeed, about Lena Dunham, who's made a name for herself by oversharing.

Can the book live up to the immense hype that led to an unprecedented deal for someone so young? I hope so. But I feel like no matter what she writes, Dunham will be damned. The New York Times' pet and HBO's golden girl, Dunham had all this and a hit show under her belt before age 29. There are bound to be lots of haters resenting everything she's achieved. (Not to mention that she netted a cool $6mill in the space of a single year, and is expected to rake in around $300,000 from the book tour alone.)

I like Dunham's work. She's funny and candid and self-deprecating, yet I wonder whether all that naval-gazing would start to feel relentless in book format and whether someone under 30 is qualified to be giving 'life lessons.' While those vignettes about HPV and bad college sex make for great TV, can they really be passed off as feminist wisdom?

Dunham has guts and talent by the bushel. Not That Kind of Girl may turn out to be a cracking read, but should it position itself as anything more than the usual Hannah shtick?

You tell me: Are you a fan of Dunham's work? Will you be buying Not That Kind of Girl?

Will you be pre-ordering this book—the sequel to the hysterical kids' book, Go The F**k To Sleep?