Urban Outfitters Goes Beyond The Pale With Kent Sweatshirt 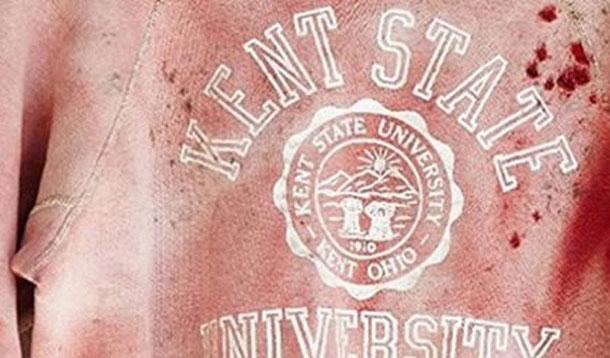 In WTF news, Urban Outfitters had for sale a Kent State sweatshirt with mock blood stains on it. For just $129, you can pay a tasteless tribute to the 1970 massacre in which the Ohio National Guard opened fire on unarmed Kent State U students. You may also know about it from the Crosby, Stills, Nash, and Young song, "Ohio."

The sweatshirt apparently sold out in record time (read: UO got cold feet after the shit flew). Lucky for us, screenshots live on. Then, predictably, the shirt made its way onto eBay with a starting bid of $550, and the caption: "Perfect for Halloween or whatever your deal is."

The only upshot was that the seller promised to give half the money to a charity, called The Southern Poverty Law Center, working to fight police brutality. The listing is no longer there. It's not clear whether the item was sold or simply removed.

In any case, it's not the first time UO has strayed into the territory of extreme bad taste in an attempt to be cutting-edge or subversive. A 'Ghettopoly' board game parodying ghetto crime saw protesters gather outside its Philadelphia store. And the uber trendy retailer got flak for T-shirts emblazoned with the words "Eat Less" and "Depression." (Admittedly, the depression Tee came from a retailer by the same name.)

Teenagers love to wear shocking and funny T-shirts, but where to draw the line? Isn't it possible to push the fashion envelope without being offensive or derogatory?

You tell me: do the likes of Urban Outfitters and American Apparel take their designs too far?

Do you ever vet what your teens wear?