Duchess Kate Pregnant (And Sick) A Second Time Around 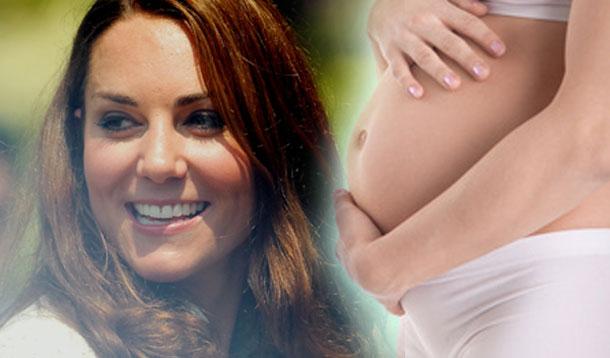 They're at it again. Those golden Royals, Prince William and the Duchess of Cambridge, are expecting their second baby. An official statement was released, though Kate is not yet at the 12-week mark—which, as far as the monarchy goes, is something of a reckless move.

Everyone is thrilled to bits, of course, with the possible exception of poor Kate since she's suffering from hyperemesis gravidarum, the extreme morning sickness for which she was hospitalized during her first pregnancy. She is already being treated at Kensington Palace, and isn't expected to fulfill all of her royal engagements.

As with everything with the British monarchy, it seems the second pregnancy was carefully plotted and timed. But who knows, maybe it's just a happy coincidence. With George having just celebrated his first birthday to international fanfare in late July, Will and Kate will have their hands full (or rather their posse of nannies will).

Not only will Wee George have to share the blazing spotlight, his parents will have to contend with a new baby and a toddler. That can't be easy, although some parents swear by having babies in quick succession. While it makes for an intense couple of years, it's thought that having children close in age intensifies the bond between them. That could be a load of junk. I wouldn't know, having *gasp* stopped at one.

You tell me: is there an ideal age gap between babies?

Steal Her Style: How to dress like Kate Middleton on a budget.