Who here should feel ashamed? 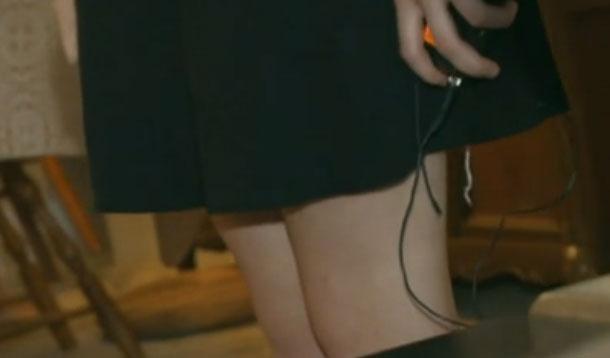 Another school year, another dress code infraction waiting to happen. When 15-year-old Miranda Larkin was just three days into classes at her new school, she was disciplined for wearing a black skirt that was deemed too short.

But instead of giving her the option to have her mom drop off an alternative outfit, or even serve her with a stern warning, staff at Oakleaf High School in Seattle went one further. They forced the teen to don bright red sweatpants and a neon yellow T-shirt with the words "DRESS CODE VIOLATION" emblazoned across both.

If the end goal was to humiliate Larkin in front of her new classmates, it certainly succeeded.

"She put on the outfit in the bathroom and looked at herself in the mirror and just broke down. She started sobbing and broke out in hives," said mom Dianna Larkin, who has since lodged a complaint with FERPA, the Family Educational Rights and Privacy Act, for violating her daughter's rights by making her private punishment public.

The Clay County School District disagrees and claims its policy is perfectly acceptable.

"(The outfit) is not displaying a discipline record to the public," said the District's attorney in a statement. "If we took off the words the other students would still know that the prison orange T-shirts were for dress code violations. I think that the practice is OK."

I too was called to the Principal's office on several occasions in high school over the most ludicrous dress code infractions—a slight tear in the knee of my jeans, the Pink Floyd T-shirt with what may or may not have been a caricature of a breast on it... I remember wondering why he was wasting his time with me, an honours student, when surely there were bigger fish to fry. As a grownup and parent in my own right, I get the need for dress codes to exist, yet question the militant manner in which they are enforced.

By all means, have a policy in place, contact parents, issue warnings, suspensions, whatever. But instead of counting inches with your fingers, spend your precious time doling out punishment where punishment is due, like, gee, I don't know, bullying maybe.

When school administrators turn into bullies, I say bring on the uniforms.

Is the "shame suit" an acceptable way to enforce a dress code, or are school administrators the ones who should be ashamed of themselves?