When A Man Surprised His Mom With Car Of Her Dreams...

Do one nice thing for your parents today 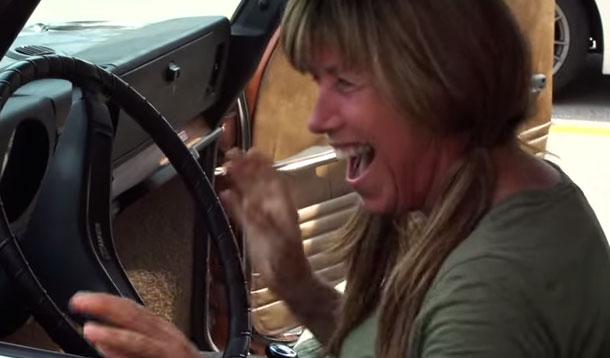 A happy moment for an Ontario mom has exploded on social media. Ever since Corey Wadden could remember his mom has raved about a particular car: the 1973 Saab 99.

According to the 25-year-old Waterloo man, his mom Joanie used to clean houses for a living. One of her employers owned the Saab 99, and after driving it she fell in love.

"Every time she would see an older Saab, she would just lose it," said Wadden in an article on CBC.

Ever since Joanie lost her job two and a half years ago, Wadden has been on a mission to "earn enough money to financially retire her."
The first step was sourcing the vintage Saab since she was without a car for a year, "and the one before that was falling apart."

Wadden made connections on eBay, and ultimately made his mom's car dream a reality. The sheer joy in the YouTube video has spread, with more than three million views, prompting television appearances in the U.S.

"It's unbelievable," said Wadden. "I'm of a generation now where we're used to seeing this stuff, but you just don't really get it when it happens to you just how fast it happens. It's just unbelievable, I don't even know how else to describe it."

It doesn't have to be big, grand gesture, but you never know. It just might be so big you can't fathom it.

This woman got the mother of all Mother's Day gifts because, you know, nothing's too good for her.