Mom Arrested For Swearing At Her Kids 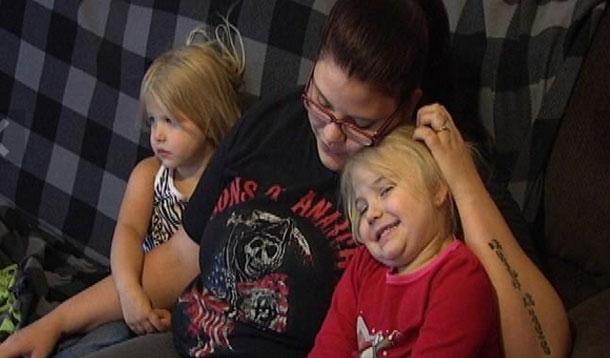 Yet another heavy-handed incident in South Carolina, where a 22-year-old mom was arrested (yes, arrested) for cussing in front of her kids.

According to an article in WSPA, during a nightly grocery store trip Danielle Wolf was charged with disorderly conduct, defined as uttering "while in a state of anger, in the presence of another, any bawdy, lewd or obscene words or epithets."

The instigator? The children were apparently squishing the bread, causing their mom to drop the F-bomb, yet Wolf claims she was actually chastising her husband for piling frozen pizzas on top of the bread.

A fellow shopper, who overheard the string of expletives, apparently asked Wolf to stop swearing in front of her kids before ratting her out to the authorities, though no one expected what came next.

Wolf is slated to appear in court on 12 September.

Admittedly there are some cases in which the law needs to step in to protect the welfare of children, this isn't one of those times.
Let's face it, we all have less-than-stellar parenting moments. And if every such moment were handled this way, we'd all be behind bars. Agreed?
Do you ever swear in front of your kids?
Is it helicopter parenting or is it neglect?
Category:
Life - In The News
Tags:
mummy buzz
disorderly conduct
helicopter parenting
mom arrest
swearing in front of kids
f-bomb
swear
mom fail