At what age are such pictures considered off-limits? 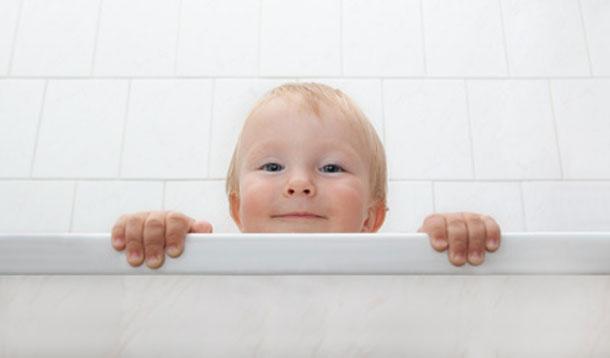 First it was Facebook and Instagram. Now Wal-Mart has refused to print select photos, which it deemed "inappropriate." The reason? The young children depicted were partially naked.

According to an article in CBC, Newfoundland teacher and mom of two, Robin Walsh, was stunned when a Wal-Mart technician refused to return three of a hundred photos she dropped off for processing. The reason?

"Initially I laughed, especially when I saw what photos they were referring to, 'cause I kind of thought that it was a joke, but I was surprised," said Walsh, of shots depicting her infant holding an empty beer bottle. In another picture, her baby and five-year-old son were lying on their stomachs, partially naked, at bath time.

Apparently, Walsh was left shame-faced when the manager explained in full view of customers why the photos were confiscated.

"...it sort of felt like I was being accused of some sort of child exploitation," said Walsh, who was shocked that such photos were considered inappropriate by Wal-Mart staff.

When she asked to see the policy regarding photographs, staff told Walsh it wasn't readily available, so it's a wonder how they made the judgment call to reject hers.

In a statement, Wal-Mart expressed its regret about the inconvenience to Walsh, but reiterated its policy not to print photos containing nudity, though exceptions are made for "every-day situations such as child-birth or babies."

Walsh was issued a refund.