Putting Photoshop To good use 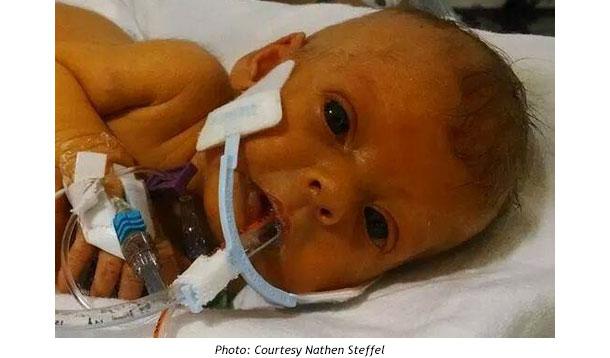 What can you give a grieving father that will somehow bring a smile to his lips? An Ohio dad whose baby girl died last week had a strange request for Reddit users:

“My daughter recently passed away after a long battle in the children's hospital,” he wrote. “Since she was in the hospital her whole life, we never were able to get a photo without all her tubes. Can someone remove the tubes from this photo?”

According to an article in Today, many users were happy to oblige the mourning father, Nathen Steffel, putting their Photoshop expertise to use.

"I couldn't sleep without at least trying," wrote one user.

Some used editing software, while others sketched precious drawings based on a photo of six-week-old Sophia, who had a liver tumour. She was on a waiting list for a donor when she died.

“I didn't really want all the publicity, I just wanted a picture. What I received was a whole lot of love and support from complete strangers,” Steffel told Today. “My wife and I were so grateful so many people took the time out of their own lives to either send a nice message of sympathy or an awesome drawing. They couldn't have made this father any happier.”

People can be totally beautiful when you least expect it.

This is the sort of stuff you typically find on Reddit.