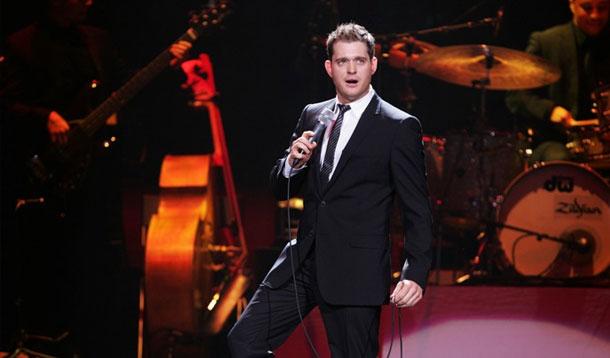 Michael Bublé is all kinds of awesome. No, not because he has a golden voice or Canadian citizenship, but because he reached out in the most authentic and amazing way to a fan. (Take note, Avril, this is how it's done.)

Six-year-old Griffin isn't your typical Bublé fan. But his passion is quite possibly unrivalled, as the Calgary boy listens to Bublé's music all day long, earns YouTube videos of Bublé as "rewards," and even falls asleep to Bublésque lullabies.

To Griffin, who has autism, Bublé's music is a key to an otherwise locked door.

"Music is how Griffin relates to the world and in those difficult moments when his senses are overloaded by his environment, music is what grounds him and gives him peace," Griffin's mom told Autism Speaks. "It lights a fire in him and engages his curiosity."

When Griffin's family reached out to Mr. Bublé to let him know the impact that his music has on the boy's life, something kind of beautiful happened.

A new music video was posted on YouTube. Check it out below...

Michael Bublé. You have a new fan.

Emma Stone gave paparazzi something to look at during a recent outing.