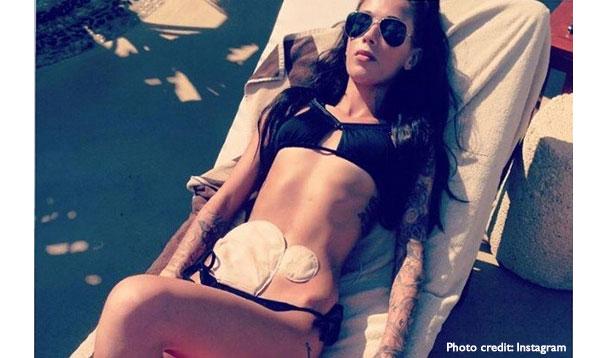 When Bethany Townsend posed for a photo in her bikini, little did she know that 12.4 million people would view it. The image, in which the Crohn's disease sufferer bravely exposes her colostomy bag, has led to something of a movement on social media.

According to an article in the Mirror, the British woman is gobsmacked by the amount of attention over her picture.

"I didn’t expect it at all," said Townsend. "It was just a picture that I got my husband to take on holiday and it was just for me and him really.”

Though it has been hard living with a colostomy bag, the 23 year old has found new confidence as a result of her viral photo.

Her image has also prompted others with Crohn's to post pictures of themselves proudly revealing their colostomy bags under the hashtag #getyourbellyout.

What do you think of Townsend's photo? Bravely boosting awareness or TMI?

One of our writers suffers from Crohn's. Follow her journey here.

This woman lost 170lbs, but a fitness magazine refused to print her 'after' photo.