wanted in more ways than one 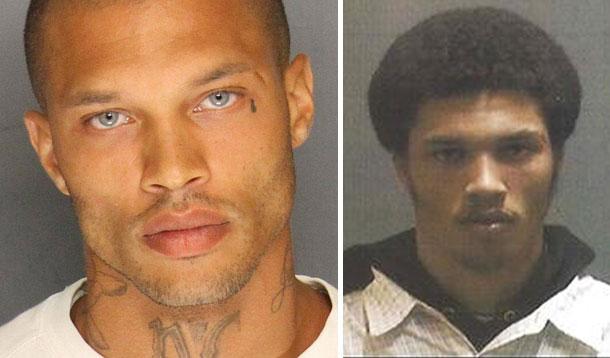 Is it gross to lust after a convicted felon? Jeremy Meeks left droves of women hot and bothered when the 30-year-old Californian's mug shot went viral after being posted on Facebook by The Stockton Police Department.

According to an article in Gawker, his wife of four years isn't impressed by all the attention, even though it has helped raise more than $3,000 toward his bail, which has been set at $1 million.

Meeks is the ultimate bad boy, having previously served nine years for grand theft auto and another two for grand larceny. A 'family man,' with a three-year-old son and supposedly reformed gang member, Meeks is currently charged with "11 counts of weapons possession and gang activity."

Personally, a criminal record doesn't get me going, neither does the teardrop tattoo. But clearly some women aren't so fussy, and have been giving Meeks their phone numbers.

Fess up, do you have a secret crush on this convict?

This man made for a disturbing and unlikely teenage heartthrob.