Student Gets Trapped In Vagina Statue

Between a Rock and a Tight Place 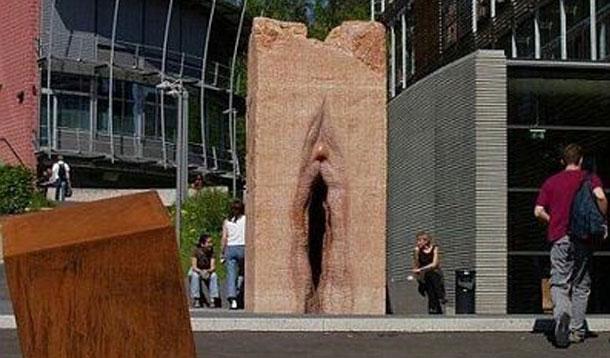 In a headline that's almost too good to be true, an American student who got trapped in a vagina sculpture in Germany was spectacularly rescued.

According to an article in the Guardian, it took no fewer than 22 firefighters to extricate the tourist who became trapped inside Tübingen's vagina sculpture, known as The Chacán-Pi or "Making Love," outside of the city's university.

The statue was erected (sorry) in 2001, and has since attracted lots of juvenile attention. But few intrepid explorers have ventured inside the 32-ton marble sculpture, which, according to Peruvian artist Fernando de la Jara, symbolizes "the gateway to the world."

The birth was, shall we say, unassisted, as firefighters delivered the student "by hand." (Seriously, I could do this all day!)

Definitely one to tell the grandkids . . . or not.

This creepy campus statue gave students cause to protest.