Will you buy them? 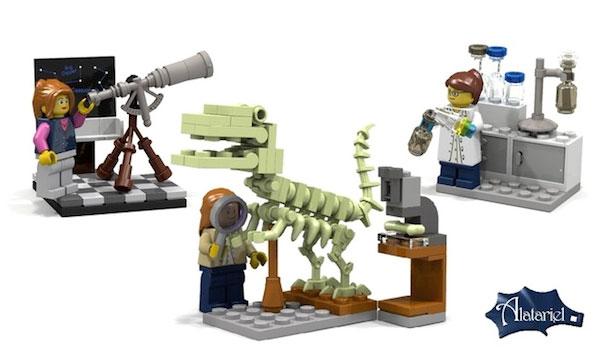 Parents of LEGO lovers, perk up your ears. After years of mounting pressure, the company is launching a set of three female scientist minifigures—a paleontologist, an astronomer and a chemist—called 'Research Institute.'

According to an article in Salon, the uber-girly 2012 Friends line may have been sold well, but it was largely met with criticism for perpetuating age-old gender stereotypes.

It took a heartfelt message from a seven-year-old girl—and awesome fan suggestions—to finally drive LEGO to get with the 21st Century and give girls what they want.

What do you think of the new minifigures set? Will you buy it when it hits the stores in August 2014?

Love LEGO? There's a school for that.