What Is Secondary Drowning And How Can You Prevent It

Drowning can happen outside the water 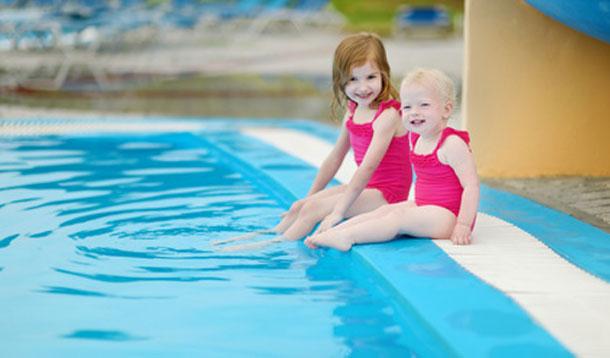 What is secondary drowning and how can you spot the signs? Drowning may be the leading cause of accidental death in children between one and four (via U.S. Consumer Product Safety Commission), but what about close calls and near misses?

Lindsay Kujawa discovered that her son wasn't safe, even when he was out of the water.

According to an article in Today, Kujawa blogged about an incident in which her two-year-old son Ronin fell into the water. Fortunately, she was nearby and pulled him to safety.

He coughed up some water. But even over an hour later, the 28-year-old mom from California sensed that Ronin wasn't acting like himself.

“You know what your child is like when he’s tired and this was totally different,” she said of her son's listless state.

When Ronin began coughing again, Kujawa took him to the emergency room. An X-ray revealed fluid in his lungs, which presented symptoms similar to that of pneumonia. Kujawa, acting on her gut hunch, may have saved her son from secondary drowning.

“The important thing for parents to remember is that any time your child has trouble breathing and it lasts longer than expected and the child begins to behave in a bizarre way, you need to go to the ER,” said Dr. Mark Morocco, a professor of emergency medicine at the Reagan UCLA Medical Center.
Symptoms of secondary drowning (courtesy of Today):

Even though Ronin was lucky, Kujawa decided to share his story to give a heads up to parents who may someday find themselves in the same predicament.

“The reason I shared my story was not to scare parents, but to tell them about something I didn’t know about,” Kujawa said. “The biggest thing I can tell parents and caregivers is that you have to know and trust your instincts. And remember, there’s nothing wrong with being over cautious.”
This is what drowning actually looks like. (Hint: it's not what you think.)
Category:
Family - Kids
Tags:
mummy buzz
water safety
secondary drowning
prevent drowning
keep kids safe
water safety for kids
what is secondary drowning?