Not A Fan Of Felines? This Cat Might Just Change Your Mind! 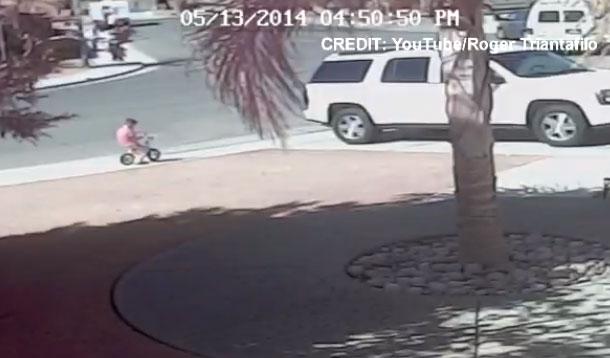 I admit it, I find cats kind of self-serving compared to their canine adversaries. No longer. After a boy's pet kitty came to the rescue when he was being savaged by a neighbour's dog, I consider myself converted.

Usually, cats do the running off at the approach of a dog, but this video shows a hero-in-the-making. Roger Triantafilo's son, Jeremy, was playing on his bike outside of his home in California when the dog sneaked up on him and launched into attack mode.

“My cat defends my son during a vicious dog attack and runs the dog off before he can do additional damage. Thankfully, my son is fine!” wrote Triantafilo, who caught the action and posted the unbelievable footage on YouTube.

According to an article in Global News, the boy had been dragged off his bike by the dog when the family's cat, Tara, raced over and chased off the dog.

The boy's leg required 10 stitches, but both he and Tara are recovering at home. (Hopefully that recovery involves lots of cuddles and Fancy Feast.)

The dog remained aggressive in quarantine, and will be put down.

Whether you're Team Cat or Team Dog, it's safe to say this is one remarkable kitty.

This dog also proved to be boy's best friend by sniffing out trouble.