She who Dares To bare 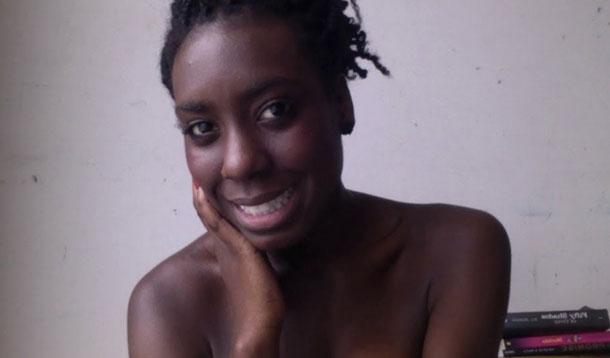 Ladies, it's legal to go topless in Canada, yet few of us are comfortable or willing to do so. Serenity Hart wants to change that. The so-called 'nude model' is kickstarting a coast-to-coast tour of Canada in which she will bare her breasts in busy areas every day in order to spread awareness.

According to a release, inspired by fellow Canadian, Gwen Jacob, who was arrested for baring her breasts in public, Hart wants us to feel comfortable in our (naked) skin.

"I believe that woman all over the world should express themselves by taking their clothes off to demonstrate their beauty in its rawest form," says Hart.

"I intend to demonstrate the strength behind the power of art and how it can unite women to support and empower each other to rise against discrimination and abuse towards women, not only abuse from men, but also self-inflicted mental abuse.”

Hart's fundraising project launches on April 2 in advance of her photography and film tour from May 10 through July 26. She is aiming to raise $13,000 to cover food and accommodation costs.

For further details about Serenity Hart and her “Topless Tour," visit her blog and on Facebook.

What do you think of Hart's project? Would you dare to bare if there wasn't so much stigma around public toplessness?

Look what happened at this topless march in Vancouver. See what caused our very own Erica Ehm to get exposed.