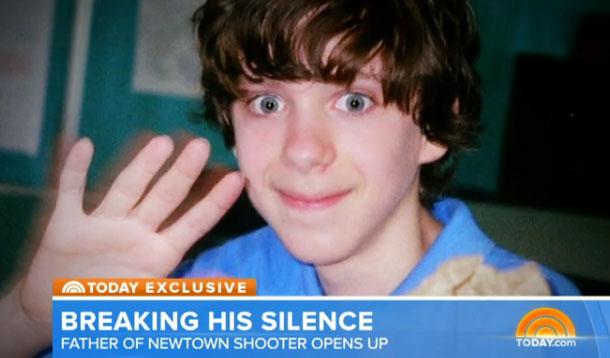 Peter Lanza, father of Adam Lanza, otherwise known as the Sandy Hook mass murderer, has spoken out for the first time about his son and the events that took place in Newtown, Conneticut in December 2012.

In a series of candid interviews with the New Yorker's Andrew Solomon, Lanza gives a harrowing account of what it's like to be the parent of one of America's most notorious school shooters.

"You can't get any more evil," Lanza said of his son. "How much do I beat up on myself about the fact that he's my son? A lot."

According to an article in NBC News, Lanza hadn't seen Adam in two years at the time of the killing spree, yet he decided to go public about his family's story because "I want people to be afraid of the fact that this could happen to them."

The essay is unsettling, to say the least, as Lanza paints a picture of his son—a boy who by all accounts was weird and increasingly troubled.

"It was crystal clear something was wrong," Peter Lanza recalls. Adam had been always anti-social and anxious, yet pointedly resisted his Asperger's diagnosis at age 13.

After an adverse reaction to an anti-anxiety drug, Adam refused to take medication for his condition, which progressively worsened over the years. Yet his father believes that the Asperger's label actually masked schizophrenia.

None of the mental health professionals or Adam's parents had cause to suspect he would become violent.

Because Nancy had indulged her son over the years, and had even shared his interest in guns, some people considered her an accessory to his crime, rather than another of its casualties.

Instead of generating clear answers, the essay raises more questions about what drove Adam Lanza to commit such a heinous act, and whether there was anything further that could have been done to help him.

Most shocking is the fact that Mr. Lanza wished Adam had never been born.

“That didn’t come right away," said Peter Lanza. "That’s not a natural thing, when you’re thinking about your kid. But, God, there’s no question.”