Meet Lammily: The Answer To Barbie

Move over Barbie, there's a new girl in town and she's based on real life proportions 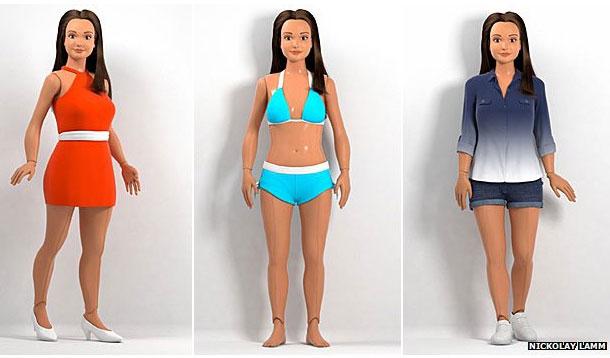 Barbie has long been a bad word in parenting circles, so it's a wonder that it's taken so long for someone to come up with an alternative that little girls will want to play with. That day has come, finally.

According to an article in the BBC, Lammily is the brainchild of Nickolay Lamm, an American artist who designed the anti-Barbie based on the average measurements of a 19-year-old American girl.

"What if fashion dolls were made using standard human body proportions? This is the question I asked myself after comparing fashion dolls to typical body proportions," wrote Lamm on the website he used to crowdfund his project, which has already raised the $95,000 needed to bring Lammily to life.

And all the while, Mattel acted like a modern-day Frankenstein, defending its creation by saying Barbie's strange shape was never intended to be realistic, but simply intended to "make play easier." Sorry, not buying it.

Enter Lammily, the breath of fresh air doll sporting casual wear and minimal makeup. The every girl. We say Bring. Her. On.
Although Barbie's proportions are ludicrous, that hasn't stopped this woman from trying to become the living embodiment of the ubiquitous doll.
We loved this Imgur post that reveals what Barbie looks like the morning after a big night out.
Category:
Style - Beauty
Tags:
lammily
Nickolay Lamm
realistic doll
average doll
better than barbie
barbie
mattel
real doll
body image
barbie proportions
realistic barbie
mummy buzz