This Version of Frozen's 'Let It Go' Is For The Moms 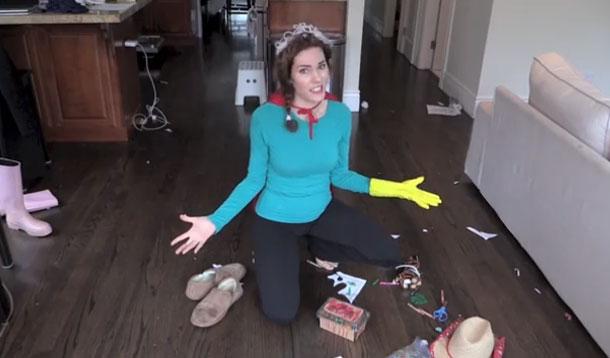 Another day, another gem of a Disney parody. This cover of "Let It Go," from the animated film Frozen, takes on modern motherhood.

The video, by MyLifeSuckers (courtesy of Pop Sugar), sees Deva Dalporto sporting a superwoman cape and a single Marigold glove.

Dalporto's home truths about parenting in the early years will have you nodding and chuckling in recognition.

From saggy boobs and yoga pants to tantrums and visiting the bathroom in private, Dalporto has covered all the bases:

It's OK to let it go. We're all freakin' fried.

What is it about Let It Go that's spinning off so many amazing versions? Here's a bunch of super cool cover versions of Frozen tunes to make you go hmmmm.

Here are more parodies that caused us to giggle. Enjoy!