Mom Held In Cuba To Be Freed For Son's Funeral 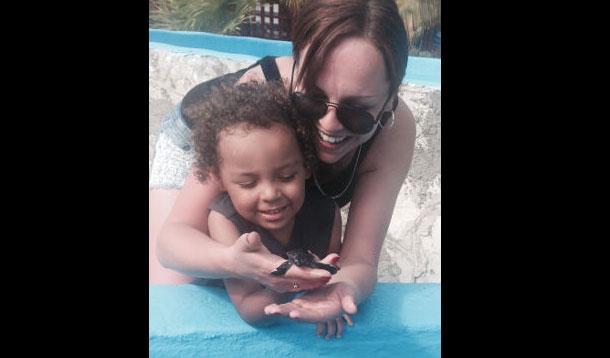 What Justine Davis is going through right now is unfathomable. Not only is she grieving the loss of her young child while on vacation in Cuba, officials will not allow her out of the country to bury her son.

According to an article in the Toronto Star, Davis is being held in a Cuban hospital following a tragic road accident that killed her three-year-old son, Cameron, over the Christmas holidays.

But that was only the start of a nightmare for the mom, who was forbidden from leaving the country while officials conduct an investigation, despite having pressed no charges against her.

A petition urging the Canadian government to intervene on her behalf has been gaining momentum.

“I just don’t know what more they want from me," Davis said from a Havana hospital. "As for the immigration release—nobody can tell me anything ... They’re deciding whether they want to charge me or release me. I’ve prepared a eulogy for him and it’s going to be really psychologically damaging to miss his funeral.”

The circumstances of the crash are disturbing. Toward the end of Davis's vacation, the car rental company swapped her jeep for a scooter. Although both she and her son wore helmets, they were thrown about nine metres when they collided with a truck.

Her son died at the scene. His funeral is scheduled for this weekend.

Officials in Cuba dug their heels in, despite pressure from the Canadian Embassy.

“The Canadian Embassy should be pounding on the prosecutor’s office and saying, ‘Either charge this woman or let her get to her kid’s funeral,’  Toronto immigration lawyer Guidy Mamann. "You can’t keep her waiting. It’s inhumane.”

It seems lobbying efforts have succeeded. At the time of writing, Cameron's father Michael Sifontes confirmed that Davis has now been released.

“The Cuban detectives came in and made her sign something that said she’s free to go," said Sifontes. "We don’t get excited until she’s on the plane.”

A foundation has been set up to offset costs of embalming and transportation costs (to the tune of $9,500). Click here to donate.