Girl's Got a gun 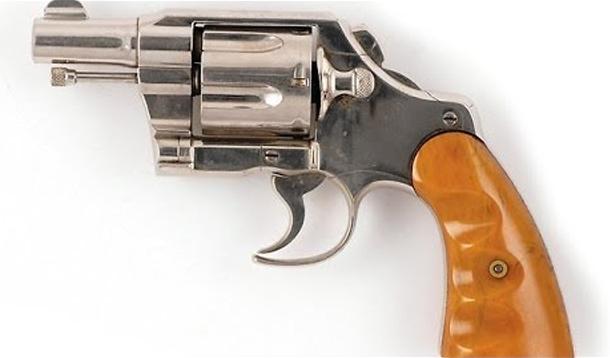 Women in India need to defend themselves. That much is clear after a student in Delhi was gang-raped and thrown out of a moving bus in December 2012. So what can be done to prevent such heinous crimes against women from being repeated? Stiffer penalties for perpetrators? Teaching men to respect women from the earliest age? No, get themselves a firearm, of course.

According to an article in the BBC, Nirbheek is the tiniest gun manufactured at the state-run Indian Ordnance Factory.

"It's small, it's lightweight, it weighs only 500g [1.1lb], and it can easily fit into a lady's purse," said the factory's GM, Abdul Hameed. Well, thank goodness for that. We wouldn't want to carry a bulky handgun with our lipstick, now would we?

The Nirbheek knows its target market: the gun comes "packaged in a deep maroon jewellery case."

Manufacturers claim that women who tote this gun around are destined to become confident and fearless, as the Hindi name of the gun would suggest. At 122,360 rupees ($1,990), the Nirbheek costs more than the average annual income in India. Yet guns are popular, with the country second only to US in the number of privately owned guns—40 million.

Sadly women in India are afraid, and despite increased police presence on the streets, many fear that the "a largely corrupt and inefficient police force" will ultimately fail to protect them. Fear sells. Cue the increase in pepper spray sales and self-defence class enrollment. And for some, guns.

Of course anti-gun lobbyists stress that owning a gun only increases a woman's risk of coming to arm.

"Our research shows that a person is 12 times more likely to be shot dead if they are carrying a gun when attacked," said Binalakshmi Nepram, founder of the Women Gun Survivors Network.

Not least of which that the gun is an insult to the 23 year old rape victim's memory.

What do you think of India's initiative to arm its women?

Another misguided 'solution' to rape, which yet again puts the onus on women rather than men.