Why Is Adam Levine The Sexiest Man Alive?

Science Has the Answer 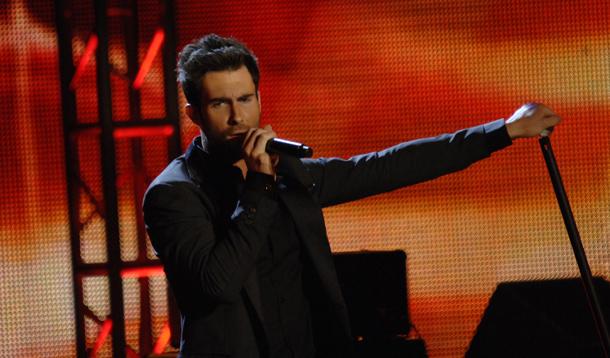 A little Friday fluff for our Yummy readers. When People Magazine named Maroon 5 singer Adam Levine its annual "sexiest man alive," many were staggered by the pick. But according to an article in Huffington Post, Levine has all the goods, anthropologically speaking at least.

As one of the hosts of the reality TV show "The Voice," Levine apparently ticks all the boxes when it comes to good looks: a manly jaw, high cheekbones and prominent brows. But really, can attractiveness be measured by science? Isn't there a bit more to it than possessing certain facial features?

Well, usually there is a correlation between such features and high testosterone levels, which translate to robust immune systems and powerful sex drives. That means—you guessed it—more pleasure for the lucky woman!

However, male beauty comes at a price. That same testosterone also means Levine may not be the best family man, with a tendency to shirk off commitment.

Not least of which that women may be distrustful of a man who's too good-looking, assuming that due to fierce competition for his attention, he may be more likely to stray.

What do you think of Levine? Personally, I like his style, though he seems to lack the charisma of these guys...

Who would get your vote for the 'Sexiest Man' title?